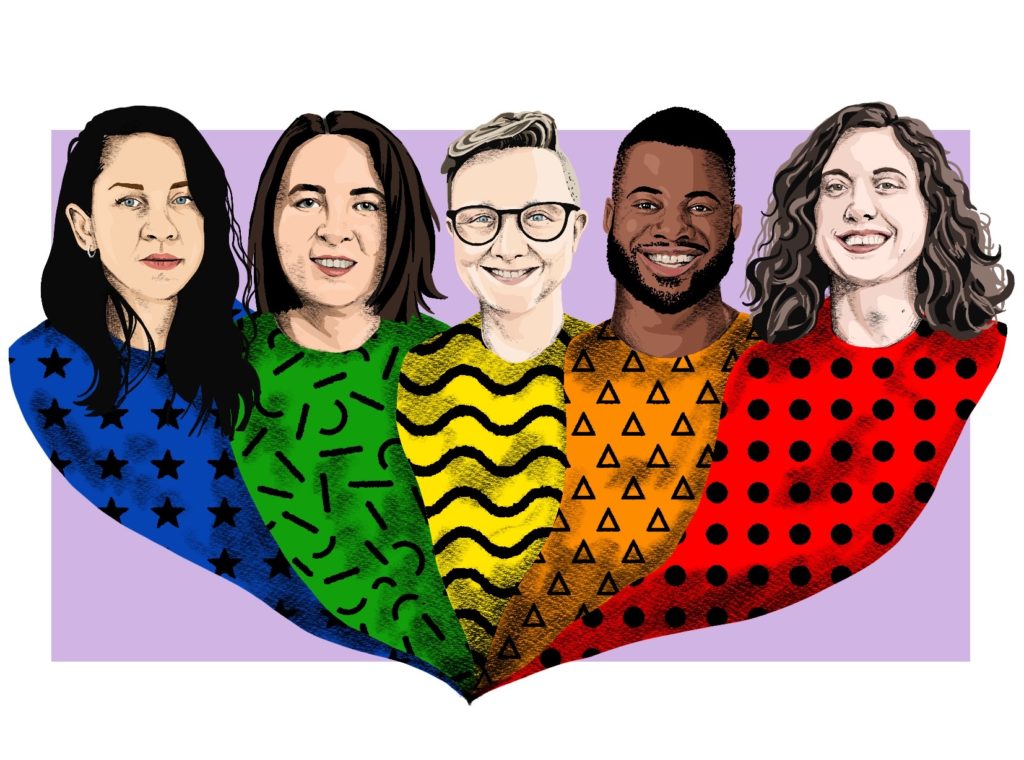 Leading LGBT journalists talk hustling, putting yourself out there, and protecting your mental health

Ben Hunte was appointed as the BBC’s first LGBT correspondent in December 2018. He creates short films and videos that have sparked conversations within the LGBT community and brought LGBT issues into a mainstream narrative.

You need to get in. You need to work hard. You need to hustle. Not a single one of them will bring you success, but if you can combine all three, then the opportunities are endless. You need internships; position yourself so you can meet people and network. You need to be making original journalism, you need to be digging for stories, going to places, and speaking to people about their experiences. You can’t just work hard, you need to shout about what you’re doing. You need to put your work in front of people. You need to be owning your own career and making sure that whatever you’re doing, you’re happy.

In certain roles as a journalist, I was not happy, so I left. I’ve seen so many who have stuck around in teams that they’re not happy with, with programmes they’re not happy in, and then I’ll come to them a year later and they’re still doing the same thing. And I’m like, WHY!?

Amelia Abraham is a journalist who has worked as commissioning editor at VICE, Refinery29 and Dazed. She has written for The Guardian, The Sunday Times, The New Statesman, i-D Magazine and British Vogue. She has also written a book called Queer Intentions: A (Personal) Journey Through LGBTQ+ Culture.

While making LGBT your speciality, write about other things too. If possible, try and write for places whose politics you agree with, because you’ll enjoy it more and you’ll likely be treated much better. Read a lot, find people who you look up to, read their work and learn from them. Find your own role models. Don’t be afraid to ask for going rates. You deserve it.

Emily Mee and Charlie Bell’s article and documentary Why are Trans people self-medicating?

Charlie Bell’s investigation into “Is it ‘un-African’ to be gay?”

Alex V Green’s piece “‘Queer’ as in… what exactly?”

Lucy Knight is a journalist who won the Hugo Young Award in 2019 for her article “Being a gay Christian can be hurtful and gruelling. But I refuse to lose faith”. She has contributed to an upcoming anthology, The Book of Queer Prophets.

Arwa Mahdawi’s article “What have Budweiser’s ‘demi-sexual’ drinking cups got to do with Pride?”

Arwa Mahdawi’s article “Kissing my girlfriend at the Zodiac: gay bars are everything straight people take for granted”

Ella Braidwood is a freelance journalist who writes for Time Out, The Guardian and PinkNews. She has also written for The Independent, VICE, Culture Trip, and Architect’s Journal.

It’s a growing specialism, there’s so much space and scope to get involved. Look after your mental health, take breaks from writing harrowing stories and focus on positive news. Do work experience at outlets like PinkNews and Diva.

Amy Ashenden is senior production editor at PinkNews. She has also worked at the Mirror Online and the Evening Standard. While working at the Standard as assistant video editor, Ashenden was promoted to become the paper’s first ever LGBT Correspondent.

Make sure you’re digital-first and learn other languages. Be as skilled as you can then you will be able to tell LGBT stories in the best way possible. I taught myself how to film and edit videos while at university. I made a podcast documentary just by teaching myself and having those skilled opened up so many opportunities. Also just being able to translate French and Spanish, and spot stories from beyond the UK that others could not, is invaluable.