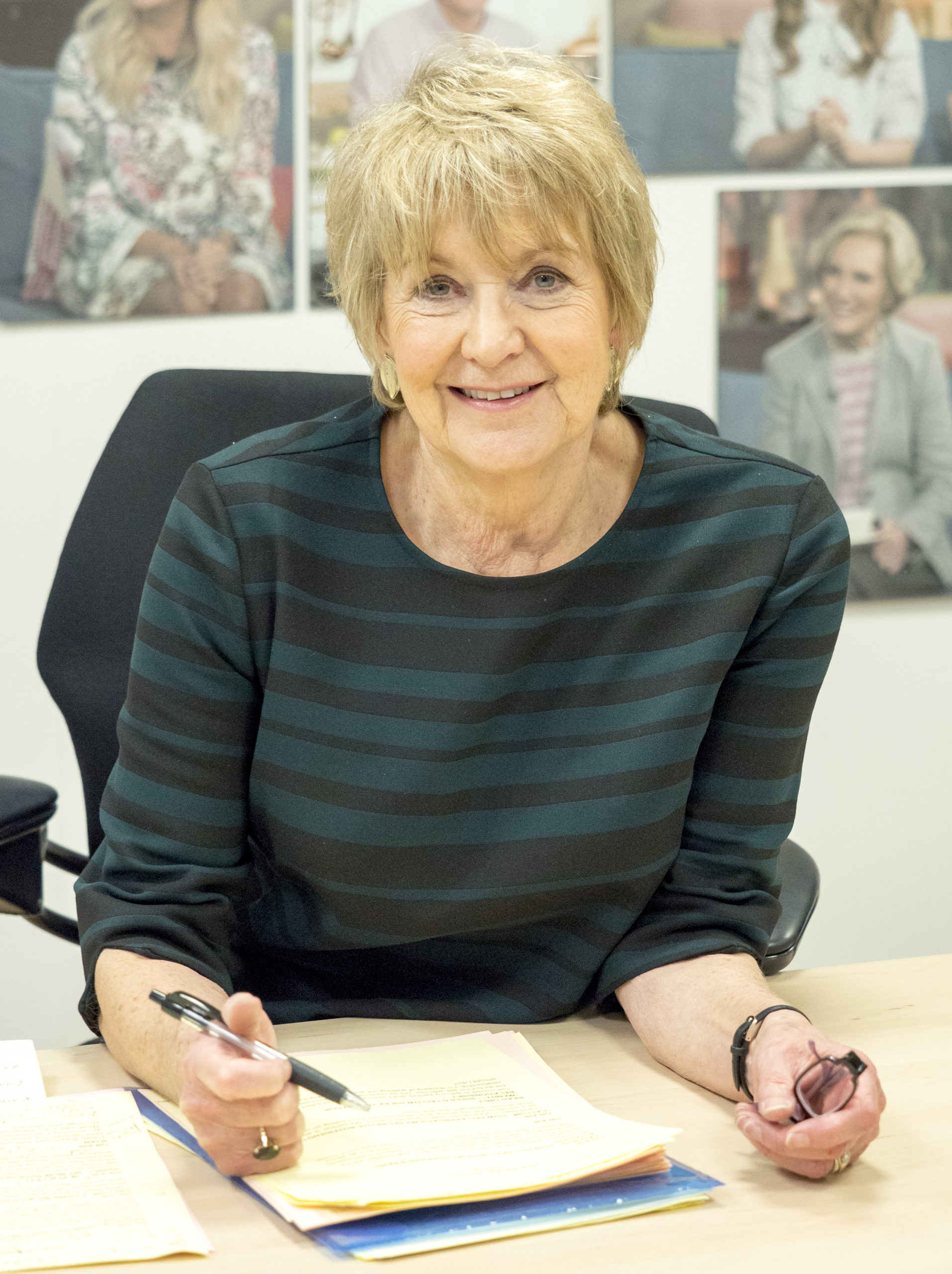 From sex addiction to dealing with her own agonies, Deidre Sanders discusses what it’s like to tackle the public’s problems

Erectile dysfunction, infidelity, menopause and sex addictions – all topics very few of us have to (or want to) deal with on a daily basis. For Deidre Sanders, however, they’re part and parcel of a typical day on the job.

This year marks Sanders’ 40th year as the voice behind ‘Dear Deidre’ – The Sun’s resident agony aunt. The 75-year-old, who regularly appears on This Morning, is one of Britain’s longest-running advice columnists and with a constantly-increasing workload, retiring anytime soon seems unlikely.

“The internet has had a big effect on the way the reader communicates with me and vice versa,” she says. “Because we do email and private messaging on Facebook, we may write to somebody three times in one day. They keep popping up.”

Although Sanders is assisted by a team of four trained counsellors, she still reads every letter and every piece of advice given out. “You have to be prepared to work hard – letters are answered individually by counsellors because I couldn’t do it all, but I do read over everything.” Those asking for follow-up advice over Facebook or email will be assisted by the counsellor who originally helped them, but Sanders still applies a hands-on approach: “I’m always around to talk to and check with.”

Sanders began her journalistic career at Woman’s Own in 1972 as chief sub, before editing its consumer rights column a year later. She went on to become an agony aunt in 1978 after joining the new Daily Star, where she gave readers personal and consumer advice. Sanders subsequently moved on to become The Sun’s agony aunt in 1980, where she started writing a column that is now read by around four million people every day, with the online version being the one of the website’s most visited pages.

“Someone has cheated in probably 50 per cent of relationships”

The volume of questions received by Sanders isn’t the only recent change brought on by the rise of social media. The internet has introduced a new (world wide) web of sexual problems for Dear Deidre to disentangle her readers from. “It’s escalated the whole cheating issue – before cheating actually involved face or body contact, whereas now people do so much of it on their phones and texting someone else,” she says.

However, questions concerning typical relationship issues are still consistently asked today. “Dear Deidre” is most often turned to for advice on cheating dilemmas (“someone has cheated in probably 50 per cent of relationships”), menopausal queries, alcohol dependency, loneliness and what Sanders refers to as “men’s willy worries” (concerns over penis size, firmness and stamina). “The agony aunt’s rule of thumb is that cheating once or twice probably shows there’s a problem in the relationship that needs working on, while serial cheating is a problem in the person doing it,” Sanders elaborates.

Very little now shocks Sanders, who has dealt with queries relating to incest, drugs and controlling relationships, but she’s extremely dismayed when she hears of child abuse. “Unhappy children worry me the most – it might be their gran or another relative writing in about them because they don’t have the power to sort out their own problems.” “Dear Deidre” dedicates a special spot in the column for teenagers’ problems on a Saturday.  “Adults get into a mess they can usually get themselves out of (although usually with a struggle), but children don’t have the power to do that for themselves.” Sanders was a member of the 1994 National Commission of Inquiry into the Prevention of Child Abuse, which made recommendations as to how law and social policy relating to child provisions and parenting should change.

The “Dear Deidre” team are regularly trained to advise on specific areas, including marriage counselling, sexuality, domestic violence, and are taught something new each year. “I don’t go along with people who say common sense is enough – we have a lot of training,” she says. “If the answers in my column are on a specialist subject, we do check it out with a specialist in that field before it’s published.” Sanders herself has trained in various areas – she completed several couples counselling and domestic violence courses with relationship support charity Relate, has trained in sexuality health with the Postgraduate Medical Foundation and the Royal Society of Medicine, of which she is also a fellow.

Dealing with readers’ emotionally troubling and sometimes traumatic problems can take its toll on Sanders, who makes sure to exercise and go to yoga classes for her own mental health. “I do see a counselling supervisor if I’ve got any knotty issues or any issues myself,” she says. Alternatively,  Sanders turns to her husband (“I’ve been married for even longer than I’ve been an agony aunt”) or her two grown up daughters: “There’s nothing like getting advice from your children,” she laughs.

So, what’s the secret to being a successful agony aunt? “I think you have to be nosy,” she says. “I am genuinely interested in people’s personal lives, how their relationships work – I’m more interested if someone tells me difficult stuff going on with their life than day-to-day chitchat.”

She adds that there’s more to it than just dishing out opinions – you’ve got to be open-minded, hard-working and, fundamentally, a good journalist. “No one wants to read a wordy page, but be responsible. If a page letter is boring and covers an unhappy but important issue, I’ll pair it with an interesting headline.”