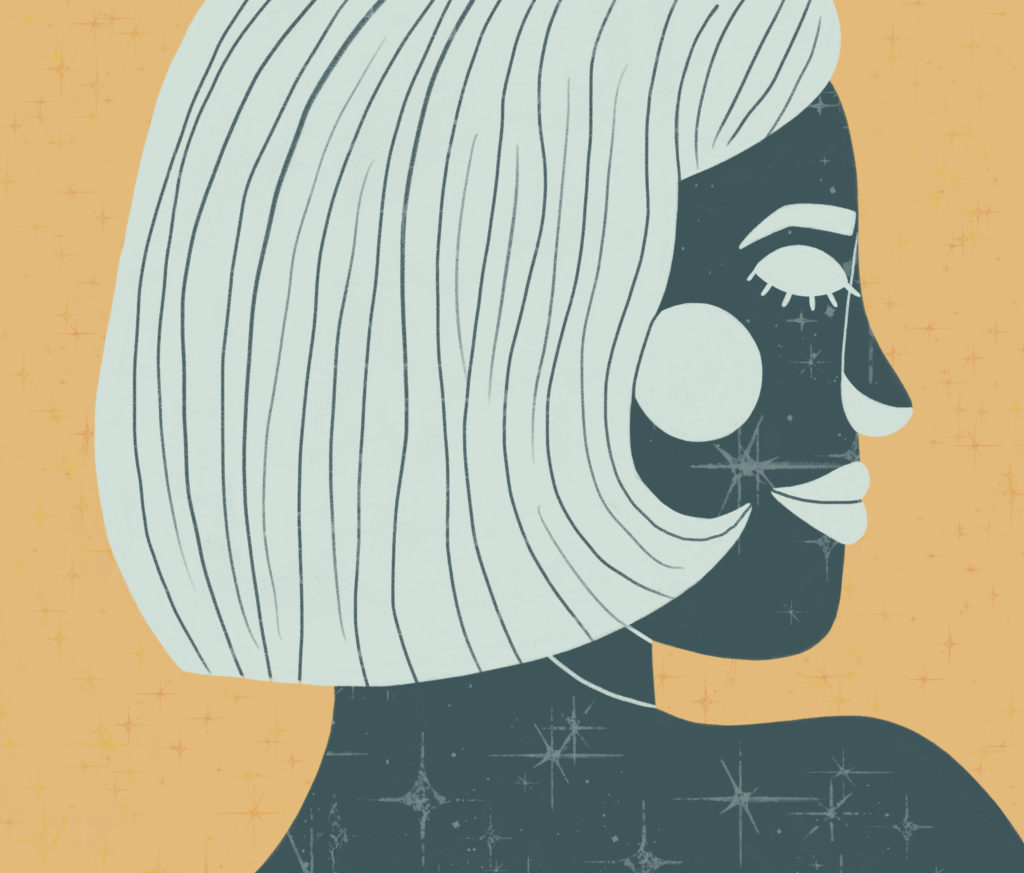 War reporters, political activists, circumnavigators of the globe – these are just a few of the unsung heroes who shaped the stories of their day

“I would venture to guess that Anon, who wrote so many poems without signing them, was often a woman,” wrote Virginia Woolf in A Room of One’s Own. A lot may have changed since Woolf’s essay was first published in 1929, but sadly the praises of many female writers still go unsung – both in literature and in journalism.

Female journalists and photographers have captured the most seismic moments of history. We all remember the events – be they wars or elections, natural disasters or civil unrest – but how many of these women’s names have made their way into the public consciousness? We take a look at some forgotten heroes of journalism, whose trailblazing work inspired generations of female writers to follow in their footsteps, and honour those who sacrificed themselves for their profession.

Nellie Bly was a newspaper reporter in the late-19th century, when populist journalism was booming and the women’s suffrage movement was in full swing. After writing to a newspaper to complain about a misogynistic article, she was hired by the editor, but soon grew bored with the traditionally ‘women’s interest’ pieces she was assigned concerning fashion, decorating and entertaining.

She went freelance, and travelled to Mexico as a foreign correspondent. From then on, her work became increasingly pioneering and daring in equal measure. For one assignment, she pretended to be insane to get herself committed to a women’s lunatic asylum. Her exposure of the poor treatment of female patients and the unwarranted institutionalisation of women prompted an overhaul of the system in the US. She also uncovered corruption, the buying and selling of children, and most famously embarked on a world tour inspired by Jules Verne’s Around the World in Eighty Days in 1889 – although Bly was proud to have completed her trip in just 72.

In her very first article, ‘The Girl Puzzle’, she argued that women should be allowed to do “serious and interesting work”. She subverted the expectations of female journalists at the time, and made it her life’s ambition to write the stories she felt entitled to write, rather than those she was told she ought.

“Nothing attracts me like a closed door,” Margaret Bourke-White once said. “I cannot let my camera rest until I have pried it open.” The pioneering photojournalist was the first woman allowed to work in combat zones during World War II; she took some of the very first photographs inside German concentration camps after they were liberated at the end of the war, and was the first foreign photographer to gain access to the Soviet Union in 1930s Russia.

Bourke-White’s pictures are some of the most seminal of the century. Her photograph of Fort Peck Dam in Montana featured on the first front cover of Life magazine in 1936, and she took the last pictures ever captured of Mahatma Gandhi in India, two years before his assassination. Before she was allowed to photograph Gandhi, Bourke-White had to learn the craft of spinning thread on a chakra – a practice he had developed while held prisoner, and which grew into a touchstone of his campaign for independence. The photograph, which was published in Life in 1950, is one of the most famous images ever captured of Gandhi.

Dorothy Todd, or ‘Dody’ as her friends called her, was the second ever editor-in-chief of British Vogue. At the time, she was an unlikely choice; she was snidely described as “alarmingly butch” by some who knew her, and was openly gay at a time when this was far from common. Todd threw wild parties, was famously promiscuous, and had an illegitimate daughter who posed as her niece.

With her at the helm, Vogue steadily developed into a British media powerhouse, rivalling its status on the other side of the Atlantic. However, Todd resisted pressure to follow in the footsteps of the American version of the magazine. “Vogue has no intention of confining its pages to hats and frocks,” she declared in the debut issue. “In literature, the drama, art and architecture, the same spirit of change is seen at work, and to the intelligent observer the interplay of suggestion and influence between all these things is one of the fascinations of the study of the contemporary world.”

Under Todd’s stewardship, the magazine was far more than just a lookbook of the latest fashion; Pablo Picasso and Virginia Woolf were just a couple of the emerging artists who graced its pages. But her superiors disapproved of Todd’s unconventionality, and she was unceremoniously fired in 1926. It was over 90 years before British Vogue appointed another openly gay editor in the form of Edward Enniful.

If you turned on your TV to catch the news in 1964, you might have expected to see any number of things: The Beatles on their first world tour, race riots in the US, mods fighting rockers on the streets of Britain. You’d be surprised, however, to see a female news anchor presenting the stories of the day. Marlene Sanders was the first woman to sit behind a news desk on US television, at a time when studios throughout the world were populated almost entirely by men.

Sanders had had to step in for a male colleague with a throat ailment at the last minute, but what started as a case of being in the right place at the right time grew into a groundbreaking career in television journalism. As a correspondent she covered everything from the assassination of Robert F. Kennedy in 1968 to the Vietnam War, during which she was the first female news anchor to report from the field.

One of her pet peeves was the macho-language – it was so ingrained into the industry that the only term for a news anchor at the time was “newsman”. “It’s discriminatory,” she said in a 1971 interview. “It’s like putting up a sign ‘For Men Only’.” She produced several groundbreaking documentaries on the women’s movement, and won three Emmy Awards for her work with CBS. But in 1987, she was sacked by the company. “The boys are running things again,” said Sanders soon after.

Anna Politkovskaya was a Russian journalist, author, and human rights activist whose assassination in 2006 shocked the journalism community all over the world.  Politkovskaya had been reporting on the war in Chechnya, Russia, where she had uncovered bombings, torture camps, abductions and corruption orchestrated by the government. Although she was warned countless times by friends and colleagues that her life was in danger, she kept returning to the area to fearlessly report on the violations there – at the time, the coverage of events in Chechnya was called “a remarkable one-woman reporting operation” by one fellow journalist.

Her murder is widely regarded as having been ordered by President Putin, of whom she’d been openly critical, and symptomatic of a Kremlin crackdown on independent media and a free press. Her assassination had a chilling affect on Russian media, with many of her colleagues leaving the profession, fearing for their own safety.

However, her death appears to have also inspired a new generation of female journalists in the country. According to anecdotal evidence, there are now more independent female than male correspondents reporting on the conflict zones she covered, and many more investigating authorities’ corruption. “She was an insanely brave reporter,” wrote Masha Gessen in The New York Times six years after her assasination. “One of those people who seem to lack the very capacity for fear — who spent her professional life writing about injustice.”

Noni Jabavu was prompted to write her debut novel Drawn in Colour in 1960, when her brother was shot dead by gangsters in Johannesburg. The tragedy inspired her portrait of returning to her native South Africa from England, where she had been educated, and was the first autobiography ever published by a black South African woman.

Another seminal achievement came just one year later, when she was appointed editor of London-based The New Strand. She was the first African woman to edit a British literary magazine, and travelled widely before returning to South Africa to become a columnist. Before her death in 2008, she received a lifetime achievement award from the African National Congress in recognition of all she had done for South African women’s literature and journalism.

At 29, Lyra Mckee’s career and personal life had been thriving when she was killed by a gunman who opened fire on police lines in Derry. McKee had just moved to the city to live with her partner, Sara, and was reporting from the scene as part of research she was conducting into the dangers of frontline journalism.

She spent her professional life covering stories spanning nearly three decades of Northern Ireland’s troubles, telling the stories of forgotten victims and young people who were left behind by political arrangements and cut off from peace. Tragically, the gunman, who was from the anti-peace process New IRA, was from the very group of people that McKee dedicated much of her work to giving a voice.

In her personal life, she was a fervent LGBT activist and campaigner, and had been planning to take her journalism in a new direction – she was due to travel to New York to discuss a potential Netflix series based on her stories of young men in Ireland. McKee’s death sent shockwaves far beyond her country’s borders, and she has become a symbol of a new Northern Ireland – open, liberal, hopeful and non-sectarian – under threat from age old tensions.