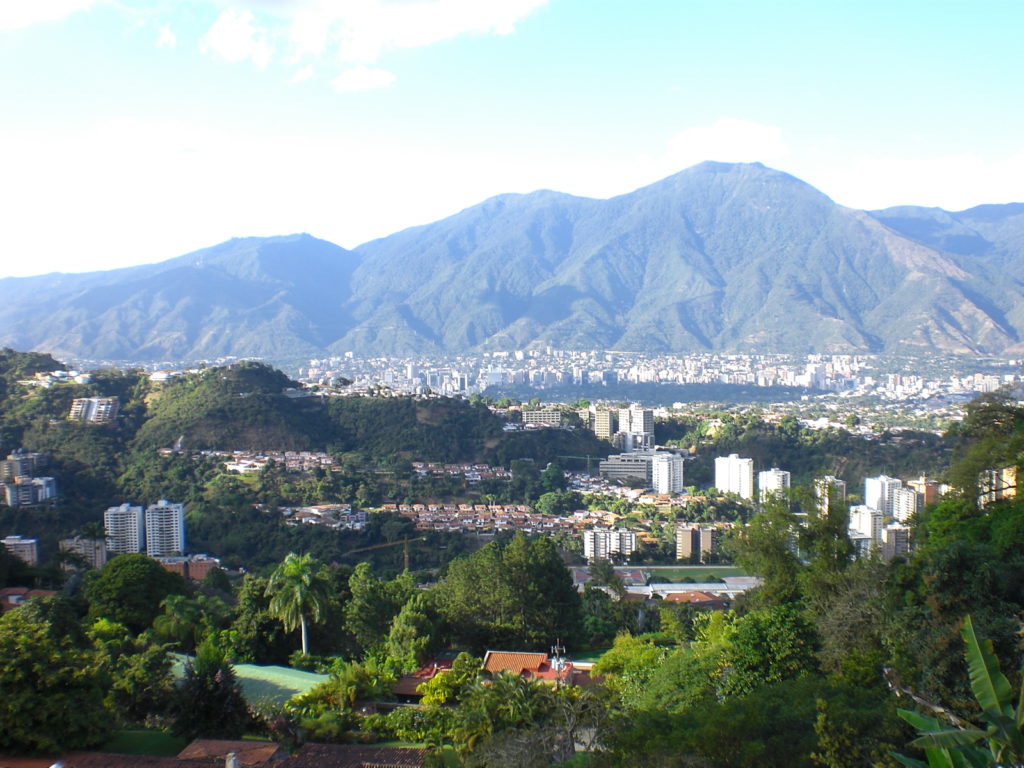 Amid the violent unrest, these five reporters continue to risk it all

Under the baking heat of the Caracas sun, resentment still simmers in Venezuela. Seven years after the election of president Nicolás Maduro, socialist protégé to his predecessor, Hugo Chávez, the nation is still reeling from the crisis wrought by the former regime. Since 2015, 4.6 million citizens have fled in what’s been defined as “the largest and most underfunded” refugee crisis in modern history. One in three Venezuelans are struggling to access food due to hyperinflation. Meanwhile, the political tug of war between Maduro and US-recognised president, Juan Guaidó, has left a constitutional vacuum with no solution in sight.

The crisis remains at boiling point. Yet, as Tom Phillips, The Guardian’s Latin America correspondent, lamented in February: “It feels to me that the world’s attention has wandered, and yet this is still such a big emergency.”

While major mainstream news outlets continue to overlook the situation, it’s important the world does not lose focus. Here are five journalists who resolutely continue to shed a light on the crisis in Venezuela.

Rangel is one of the main Venezuelan voices to dominate both internal and international coverage of the crisis. Editor of the Correo del Caroní newspaper and Arepita newsletter, Rangel’s collaborative freelance work about the crisis’ impact on schools and paediatric units has also appeared in The Guardian. She also helped produce a multimedia series, ‘Fosas del Silencio’, about the corruption and violence in Venezuelan mining communities.

Kohut’s accolades speak for themselves. An American photojournalist based in Caracas, Kohut was a 2018 finalist for the Pulitzer Prize in Feature Photography for her investigation that exposed the scale of child malnutrition in Venezuelan hospitals. Her work has also appeared in The New York Times, TIME Magazine, and The Washington Post Magazine.

Munduruku tribe members bed down for the night as they occupy an illegal gold miner’s camp – hungry, thirsty and exhausted from their long journey through the rainforest. In a disarming gesture, the camp supervisor instructed miners to lend them hammocks, plastic tarps and told the cooks to prepare a feast of grilled chicken, beans and rice. While Brazilian lawmakers press to expand mining, logging and farming in the Amazon, some prosecutors and officials remain steadfastly against it, using their authority to enforce environmental laws for as long as they exist. But the raids do little. Prosecutors have yet to charge anyone from the raids, and gold mining continues to flourish in the area. “What we’re seeing is that crime is paying off,” said Paulo de Tarso Moreira Oliveira, a federal prosecutor. Happy Earth Day! 🌎 Project shot on assignment for The New York Times documenting the Munduruku tribe’s fight to protect their land and water from illegal gold miners, hundreds of miles deep into Brazilian Amazon rainforest. #EarthDay @nytimes

An American freelancer based on the Venezuela-Colombia border, the majority of Baddour’s work has focused on the scale of the migration crisis, particularly in Colombia and the rest of the region. His features have appeared in VICE, The Atlantic, and Thomson Reuters.

A freelance documentary photographer whose time is split between France and Caracas. Castillo’s photography documenting the crisis has been featured in publications such as The New Yorker and The Wall Street Journal. He was awarded Picture of the Year Latin America in 2015 and a Eugene Smith Fellowship in 2016: to acknowledge his work covering the crisis.

In the outskirts of Cúcuta in Colombian border with Venezuela, different groups of Venezuelan immigrants meet and pray together after been given new shoes from a solidarity NGO and right before starting a long walk towards destinations like Bogotá more than 650 kilometers away. For many Venezuelans this is the only option of reaching far destinations as the extremely difficult situation that Venezuela is living makes almost impossible to afford any expenses like buses and food on the way, that are in dollars or colombian pesos, when a minimum monthly salary in Venezuela is less than 20$ per month. #cucuta #venezuela #colombia #venezuelatoday #crisis #dreams #sueños #venezolanosenelmundo #consequences #future #youth #jovenes #caminantes #caminantesvenezolanos #immigrants #nobodyisillegal #nooneisillegal #ningunapersonaesilegal #noborders #sinfronteras #eltestigo44 #fracturescollective

Weddle famously made headlines last year after he was seized by Venezuelan military intelligence at his home in Caracas. His arrest was part of a wider crackdown by Maduro against the media, occurring the same day as the expulsion of the German ambassador Daniel Kriener, who had made critical remarks of the regime. An American freelance journalist, Weddle’s reporting on the crisis has been featured in the Miami Herald, The Telegraph and ABC.

Breaking: A case of the novel #Coronavirus has been confirmed in Colombia.

We reported on Monday on the fears that it could spread among the Venezuelan migrant population. #COVIDー19 ->> pic.twitter.com/mKbF1WPjJk