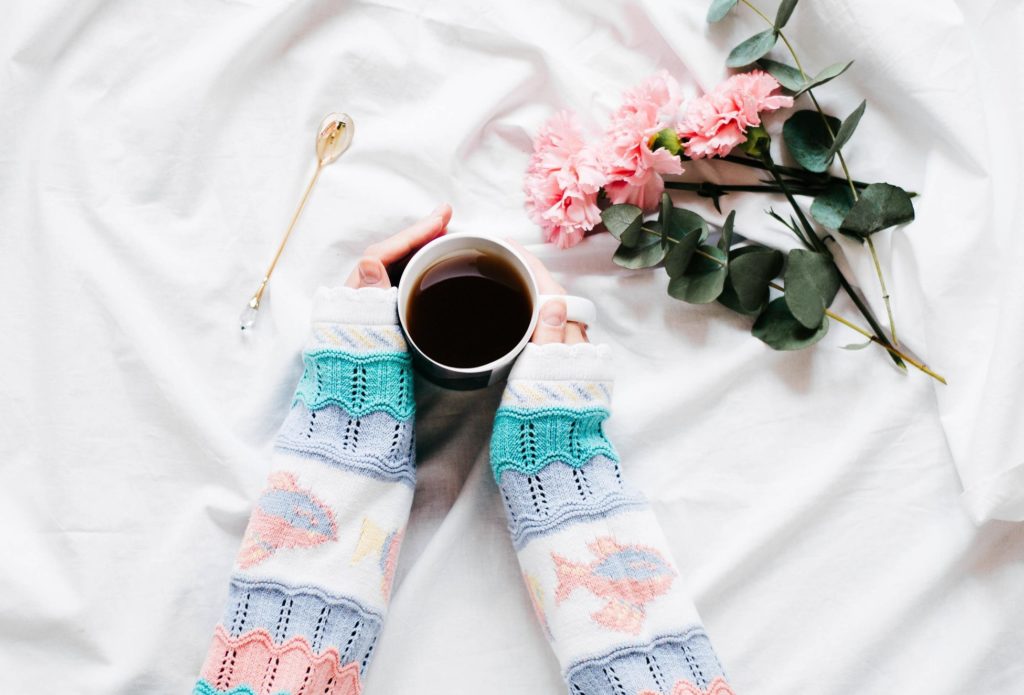 I tested out the daily routines of some of the industry’s most powerful players so you don’t have to. Spoiler alert: I do not feel magically more productive

InStyle Editor-in-Chief Laura Brown, author and professor Brené Brown and Vanity Fair Editor-in-Chief Radhika Jones all shared their daily routines with The Cut as part of the publication’s ‘How I Get It Done’ series. And I thought it would be exciting to experiment and try them all out. Here’s how it went:

Laura Brown gets eight hours of sleep without fail (this seems to be a recurring pattern for success). For once, I too obtain the magical number before turning off my alarm at 7.00 a.m.

A Gemini through and through, Laura says she has two modes: one that gets up and onto the Peloton bike for an early morning home workout, and the “bad her” who wakes up at 7.30 a.m. before hopping straight onto the internet. I meet her halfway and stay in bed scrolling on my phone till 7:30am before finally getting up, pulling on my exercise gear and hurrying out the door to make an 8 a.m. spin class (sadly I do not have a Peloton bike at home as per the InStyle editor).

I finish the class and feel good about myself – I even indulge in a £7 disgusting kale/banana smoothie. Energy levels are high, and I walk around the city a little taller, looking down on all those people who didn’t do a spin class and have a green juice this morning.

Laura and I have the next thing in common: no breakfast, so that’s easy enough. Her bizarre preference for iced coffee, even when it’s 0 degrees outside, is not quite as appealing. I copy her order at the Starbucks around the corner and the barista looks at me as if I’m crazy: it is bitingly cold today and starting to drizzle.

Now it’s time for work, or in my case, university. Laura takes a car everyday (“I spend half my bank account on Uber”) but as it’s the end of the month, and it’s likely my bank account has a lot fewer zeros than hers – so it’s the bus for me. But I do still try to channel Laura who uses the commute to meditate (“When I’m going down West Side Highway, that’s as close as I get to meditation”). Although, meditation proves difficult with the group of school children screaming behind me.

Work for Ms Brown consists of no lunch-time meetings, eating at her desk, and a drink with friends after work (check, check, check). I then head home (again on the bus, not in an Uber).

Laura writes at home with the television on in the background, so I try it. I give up after an hour; focusing on writing with the temptation of my sofa and television in my peripheral vision proves impossible.

I am, however, on board for the rest of her bedtime routine. Laura unwinds with a tequila gimlet, puts on sweats and slippers, watches TV and orders sushi at 5.30 p.m. As a student, ordering in sushi is simply not a thing, but I make the exception – for the sake of journalistic integrity and all that jazz. At Laura’s suggestion I then put on a ton of eye-cream and go to bed early (where I lie tossing and turning until my usual 1.00 a.m. sleep time).

Brené Brown wakes up at either 6.30 or 7.00 a.m. Me being me, I opt for the latter which incidentally is still earlier than I would normally like. Next she holds gratitude practice. She doesn’t specify where this so-called gratitude practice is held, so I take it upon myself to decide. That decision is bed.

I do as Brené instructs and say I’m thankful for another day and that I’m going to choose courage over comfort today. I feel silly doing it, but I must admit it is somewhat nicer than scrolling on my phone, which is how I usually begin my day. Expectedly, Brené changes straight into workout gear. I haven’t exercised in a while, so exchanging pyjamas for leggings feels even worse than usual.

She says this is when the day actually starts. I ask myself what all that preamble was if not the day starting? She drinks a lot of water in the morning, so I make myself chug two glasses and immediately feel bloated. Then, she eats something called cloud bread, which she subsequently explains is “bread made out of egg”. I literally have no idea what this means and so interpret it as eggy bread or French toast, and begin buttering bread and readying the stove – yes, I’m quite certain this buttery pile of carbs is not the cloud bread that Brené eats, but oh well. The rest of her breakfast recipe (avocado, mayonnaise and seasoning) is more doable.

She’s our daydream believer and our homecoming queen. #lucy Art by @sugarbooandco

It’s 8.00 a.m. now, and time to put those workout clothes to good use. Brené likes to exercise in the morning with either a walk or a swim. Swimming, she says, is the best for managing stress, but a three-mile walk in the rain is an alternative.

It’s winter so a trip to the Hackney Lido couldn’t sound less appealing. Plus, lucky for me, it is indeed raining outside. So I put on my trainers and go for a three-mile walk in the rain. At the beginning it is a definitively unpleasant experience and I can almost hear my mother yelling that I’m going to catch a cold. After the first mile though, once I’ve warmed up and pretty much drenched through, it’s quite nice and I come to the decision that I too, like taking walks in the rain. All I need now is a piña colada (although something tells me Brené would not approve).

Brené does not detail her work-day, which I assume changes daily anyway, so I go about my student business as per usual, but perhaps with a bit more oomph from the morning rain-walk and gratitude practice. She does say she uses heaps of post-it notes, which I do too.

When I get home I am more than happy to follow Brené’s lead and indulge in some alone time relaxing (although Brené does specify that her own alone time is restricted to just half a day per week). I watch two episodes of BBC’s The Split – something I wouldn’t be surprised to hear that Brené also enjoys.

Step one of the Vanity Fair editor’s morning routine is a prerequisite of seven to eight hours sleep so, taking into consideration her 6.00 a.m. wake-up call, I send myself to bed at 10 p.m. A night-owl who normally eats is having a second dinner around this time – I lie in bed counting sheep for at least two hours. I check my phone: it’s 1.00 a.m. I must doze off eventually because the next time I check my phone is to turn off my alarm, strategically labelled: IMPORTANT, DO NOT TURN OFF THIS TIME.

Armed with only five hours of sleep, I have failed Ms Jones’ first morning routine. But oh well, onward and upwards. With all the effort I can muster I drag myself out of bed and into the shower. By the time I get out, it is still dark outside, but I feel slightly more refreshed.

Her drink of choice is Irish breakfast tea. I have no clue what that is, so I settle for English breakfast instead (sorry Radhika). I do as she does and I pull up the New York Times and Washington Post on my phone for a quick news catch-up. I read for about 30 minutes before getting dressed, again channelling the VF editor I choose an outfit a little more elevated than the jeans and sweatshirt I usually wear.

The subway: bar the language difference, this is one thing she and I have in common. I’m on the tube to university and already I feel a bit closer to inhabiting the life of the famous VF editor. I have forgotten, however, to download the NYT app so am trying to catch the Wi-Fi in between tube stops. Finally it downloads and I am onto the Spelling Bee. To my surprise, I’m actually pretty good.

Ms Jones’ work day begins with emails. This is when I usually answer my own emails so there’s not much difference here, although something tells me my inbox, filled with five emails (one is from Deliveroo) looks a little different from hers. Next up is meetings with staff. As a post-grad student it’s sufficient to say I have no staff. What I do have though, is a group of uni friends willing to oblige. We’re in production for XCity and so we have an editorial meeting – it may not be VF, but it serves the purpose.

Next on the agenda is a walk outside, because as she says “it’s a little weird not to breathe the outside air”. It is freezing cold and I am inappropriately dressed, but for the sake of this article I brave the weather for a brisk five-minute walk around the building. Of course, as is always the case in England, there is a sudden downpour so I return soaking wet, but with lunch in hand.

Lunch à la Radhika Jones is soup or a sandwich at her desk. I tuck into my broccoli and chicken soup from Pret a Manger as I continue work on an assignment.

After university, I reluctantly hop back on the tube to an exercise class – boxing is Radhika’s sport of choice, and luckily it’s mine too. In between jabs and upper-cuts I think: how on earth can any person have the energy to do this after a day of being the editor of one of the world’s most influential magazines, when I can barely feel my arms after a day of playing journalist?

When Ms Jones gets home, she sings to her son. Luckily this is something I can skip altogether. Instead I move on to her next and final routine of the day: bed with a book, which is at least one thing we can agree on.

Three days playing three different women and expectedly, I am still a student and not a high-powered editor-in-chief. I am, however, lower on money than usual (read: green juice). One thing I have learnt is the importance of eight hours sleep – doubtless that too will fall to the wayside in favour of my Netflix addiction.