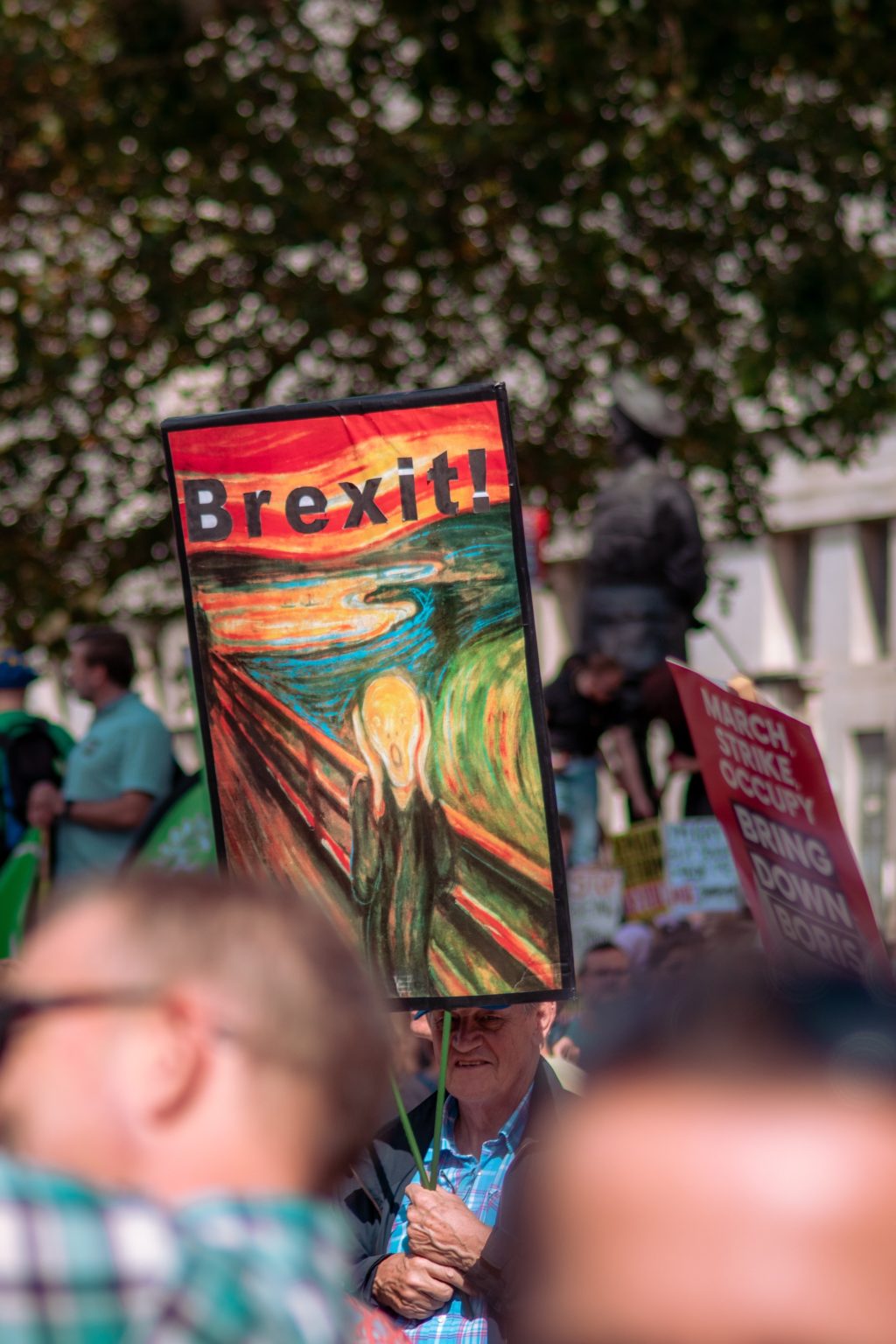 Brexit is done, and so too is the era of questionable clichés. We cherry-pick the very worst.

In February, a leaked memo to Foreign Office staff opened with the following sentence: “Brexit is completed. So do not use the term ‘Brexit’, save as a historical event that took place on 31 January 2020.” Once so beloved and overused by Boris Johnson that it seemed there was a glitch in his programming, it’s now official: Brexit is done. To celebrate, we rounded up the most infuriating words, phrases and clichés that have driven everyone to distraction since the 2016 referendum.

Any child whose parents described sex as when two adults have a ‘special hug’ will know that this word is most commonly used to sugar coat lies and change the subject. It’s just special – stop asking so many questions.

Sorry Bojo, but it’ll take more than an internal memo to get rid of this one. First coined in a blogpost by a Remainer (sorry) back in 2012 before the referendum was even a glint in Nigel Farage’s eye, the B-word was hijacked by Leavers (sorry) on the campaign trail. Number 10’s next move will probably be an attempt to have it struck from the Oxford English Dictionary, where it was added in 2016 along with ‘Get your freak on’ and ‘Glam-ma’ (a glamorous grandmother, obviously).

‘The devil is in the details’

Dominic Cummings says “we need PJ Masks on the job”

Asked for his response to the government’s decision to go ahead with HS2, the PM’s senior adviser channels the crime-fighting superheroes and says: “The night time is the right time to fight crime”https://t.co/62QwKDsUwN pic.twitter.com/2nw0PAZiV7

They ‘tabled’ talks, they ‘tabled’ meetings, they even gabbed about ‘tabling’ a motion of no confidence; this was just one of the many grammatically dubious phrases we couldn’t get away from as our democracy steadily imploded, taking journalists’ ability to speak like normal human beings with it.

When Brexit finally does get done and all our fruit gets stuck at Calais, will we have to come up with a new cliché?

The ultimate three-word horror story of 2019, which saw an increasingly knackered Theresa May slog to and fro between Westminster and the European Parliament with various poorly disguised versions of the same deal. We’d love to see the expenses bill for this one.

Since the referendum, everyone’s been taking to Twitter. Gone are the simple days of mindless tweeting; Twitter is now a weapon to be used against one’s enemies, or a shield to be taken up to batter away the stream of diatribe. Whether they ‘took to Twitter’ for some good old fashioned trolling or simply engage is some drastically misjudged banter (we’re looking at you Michael Gove), it seemed impossible for politicians to do anything without ‘taking to twitter’.

It’s thought that Shakespeare invented over 1700 words, so why can’t Donald Tusk have a go at a few? Unsurprisingly, Tusk ‘took to Twitter’ to unleash his shiny new word into a world where the rules are notoriously lax. It found a good home, right next to Donald Trump’s OG nonsense word, ‘covfefe’.

Who can figure out the true meaning of “covfefe” ??? Enjoy!

Just like the boy who cried wolf, there are only so many times this can be said before it loses all meaning. When every day is a ‘crisis point’ yet literally nothing changes, the phrase becomes little more than a desperate plea for something to actually HAPPEN.

‘The ball is in their court’

The ball is always in their court, even if it might seem to be in yours. If the ball shows any sign of coming into your court, hit it away quickly before anyone notices. The ball is never your responsibility.

‘The people have spoken’

The people would probably rather you shut up now.

Most commonly used to belittle totally valid concerns voiced by those scaremongering remoaners behind Project Fear.

Literally nothing ever went forward.

‘Remains to be seen’

A neat little sign-off favoured by political correspondents from London to Brussels, loosely translated as “fuck knows what will happen next”.