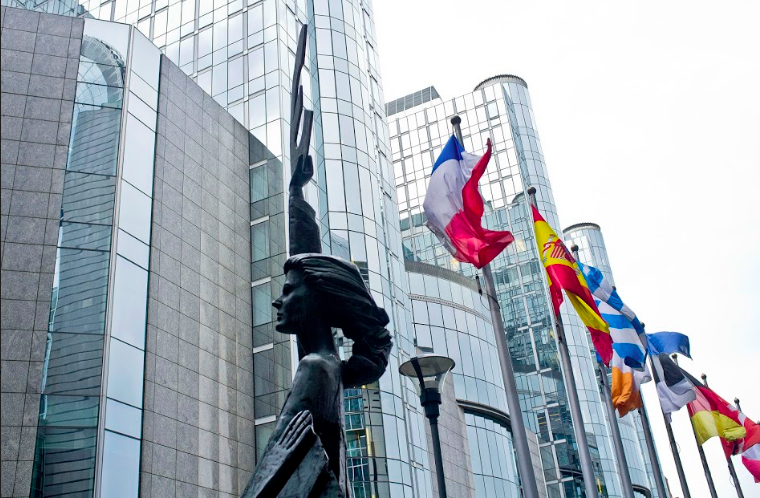 For the past few years, Brexit has dominated the lives of UK reporters working in Europe. Joe Barnes, Brussels correspondent for the Daily Express, describes his job during this period as like having been “on the front lines of the biggest story of our generation”.

But now that the battle over Brexit has reached its closing stages, what fate awaits the foreign correspondents reporting on it? All UK MEPs have lost their seats in the European Parliament and the prime minister will no longer attend regular EU Summits in Brussels. So is it time for them to pack up their laptops and press passes and head back to London?

Barnes says he is going nowhere. Instead he will focus his reporting on how the intense trade talks ahead will shape the new relationship between the UK and EU. He explains that these are “mostly conducted in secret and so that involves me scoping out and speaking to people and documenting paper trails”.

The Express correspondent describes his experience of reporting on the Brexit negotiations as “remarkable, incredible – you’re speaking to people on the edges of this huge decision-making process” who have guided us through “one of the biggest changes in our country’s history”.

Another correspondent who will not be leaving Brussels anytime soon is Adam Fleming, the BBC’s Europe correspondent. “Brexit has been fantastic training for covering other EU issues,” he says. “I know a lot of the policy areas pretty well… and all the nefarious negotiating techniques.”

His working routine has hardly changed since January 31. In fact, he says his “first working day after Brexit was similar to my last working day before it”. Fleming is still covering the same key issues – such as fishing and economic competition between the EU and UK. There has been no major shift in his reporting. “The UK had stopped being involved in everyday EU business for a while, so its absence wasn’t as big a shock as you might have expected,” he says.

But for some reporters, the decision to leave the EU means moving back across the Channel. Having been based in Brussels since 2017, Jon Stone, The Independent’s Europe correspondent, is going back to London to become the online site’s new policy correspondent.

Stone will continue visiting Brussels to report on trade talks and believes the city is still a welcoming place for UK correspondents. He says there was “no hostility at all” from his European counterparts following the 2016 referendum. He recalls that they would only “groan a bit if you asked about Brexit too much in press conferences, but it was mostly in a jokey way”.

Barnes agrees that there was a friendly atmosphere, arguing that EU politicians were “happy and engaged” with UK journalists because they wanted to appeal to a British audience, and “going through the newspapers is the main way of doing that”.

Fleming says the only noticeable change in behaviour he saw was with Westminster officials, who became “very guarded on a professional level because of the seriousness of the situation”. He says in the past they were “just as gossipy as the rest of us”.

On a professional level, Fleming grew a lot during his time in Brussels and compared it to his time as a City student, where he studied Broadcast Journalism in 2002: “you dedicate yourself to one subject while hanging around a tight group… who are simultaneously your mates and your competitors, drinking quite a lot of beer”. Fleming felt that he was “doing a public service by telling people about all this important, hard stuff”. There were moments of levity too –  while interviewing Michel Barnier he felt they formed an “unlikely bond”, which was like something out of a sitcom – a “weird televised relationship”, where he was the cheeky kid and Barnier the grumpy neighbour.

He describes covering Brexit as being one of the most intense periods of his career while also being one of the best, saying there was “nothing like the moment you got hold of your first important leaked document”. Furthermore, Fleming loved creating the Brexitcast, a podcast which covers Brexit and related politics, with his old City classmate Chris Mason, and fellow BBC journalists Laura Kuenssberg and Katya Adler. He says he “loves the podcast and listeners as if they were part of my family”.

Fleming, Barnes and Stone share a feeling of privilege, having covered Brussels when it was at the centre of a seismic change in global politics.

They were happy to be “on the front lines” during a historic period for the UK. And as Barnes points out, this great political drama isn’t over yet: “it’s going to be a fascinating ten months until the transition period expires… trying to get to the bottom of stories and make sure the British people stay well informed”. The Brussels correspondents will be sure to have their ears to the ground on all things EU related, so they can continue delivering the best coverage possible on this ever-evolving saga.