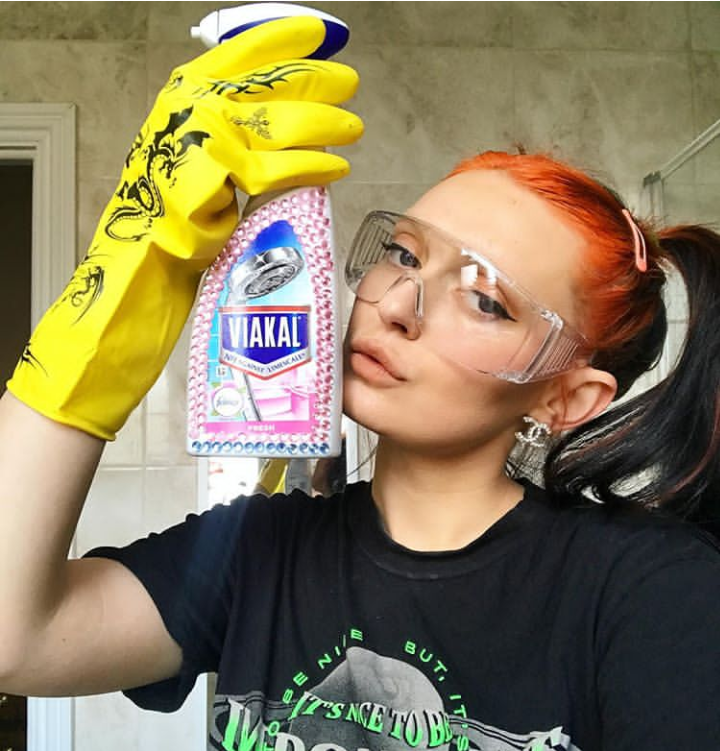 Writers by day, but bartenders, cleaners, and nannies by night – meet the journalists working part-time jobs in their spare time

Tori West, a working-class Welsh woman from the Valleys, is a pioneering figure in fashion journalism. As the founder and editor of Bricks – an intersectional feminist publication exploring socio-political issues within fashion and arts – she attends Fashion Week and parties with Instagram influencers. She was recently invited to 10 Downing Street to speak about sustainable fashion alongside US Vogue editor Anna Wintour, and chose to wear a Slipknot t-shirt and a bucket hat to meet Dominic Raab.

Through her social media platforms, she shows her 12,000 followers the harsh realities of the fashion industry and what changes need to be implemented. But as well as “editor of Bricks Magazine”, her Instagram bio also proudly states that she is a “part-time cleaner”.

Side hustle, passion project, second job – call it what you will – more and more people are having to work two, or sometimes three, jobs at the same time. In the aftermath of the 2008 recession, many people felt they had no choice but to secure other sources of income as jobs were unstable.

Today, financial insecurities are not the only reason why more people are choosing to work other jobs alongside their main or original jobs. Mental health and wellbeing, as well as the opportunity to do something different and meet new people, are all prevalent factors.

As a sufferer of anxiety and depression, last year was particularly bad for the state of West’s mental health as her financial situation became more uncertain, therefore a friend suggested that she find a side job. He recommended a cleaning app.

“It works in a similar way to Uber,” she says. “You work on a zero-hour contract, so you can pick up shifts last minute, even on the same day, then you’re paid the following week.”

“Today, financial insecurities are not the only reason why more people are choosing to work other jobs alongside their main or original jobs”

Cleaning is incredibly therapeutic for West and she often posts on Instagram that it has massively helped to curb her anxiety. It also gives her a much-needed break from responding to emails, checking social media notifications, and taking calls. She posts photos of herself cleaning surfaces in bright yellow Marigold gloves, or posing with bottles of bleach, often wearing tortoiseshell sunglasses and maroon Ivy Park tracksuits.

“Stop hiding your day jobs on social media, we need to stop believing that everyone has their shit together because their Instagram is well curated,” reads the caption beneath a video of her folding white fluffy towels in one of her clients’ homes.

So I’m gunna put this here because for some reason everyone still thinks I’m a privileged rich bitch because I set up my own magazine. I grew up with fuck all on a council estate and even though I’m almost 27, I’ve never taken money off my parents cause they’ve never had it. 2 years ago someone stopped me at fashion week and said I must be minted cause of how successful my life “looked” on Instagram, all while I was sleeping on a blow up bed in a tiny room with no furniture, a broken window with no heating in winter and it fucking sucked. I had a good year last year financially, but the last 6-months have been so hard I started housekeeping because I’ve never been able to save money. So yeah, full-time publishing boss bitch who gets to sit next to vogue editors at press dinners, part-time cleaner cause girl gotta pay her way independently and it’s helped my anxiety sooooo much. My point is, stop hiding your day jobs on social media, we need to stop believing that everyone has their shit together because their Instagram is well curated and stop seeing your age as a timeline for how successful you should be. 🧼🧺

Ella Glover, a freelance journalist and a student at the University of Salford, agrees that there are huge benefits to working part time jobs that are unrelated to journalism. She started working as a waitress at a restaurant five years ago to earn money, but also to build up her confidence in talking and interacting with people.

“I’ve learnt so many valuable skills through waitressing,” says Glover. “Communication being the most important, along with cooperation and time management.”

The 21-year-old has written for HuffPost, Metro and The Independent, and after graduating hopes to make a living out of freelancing, as well as continuing to work as a waitress.

For some journalists, working in customer service gives them the opportunity to understand and get to know a particular community or group of people really well, which also often provides them with plenty of writing material.

Most of James Greig’s first gigs as a freelance journalist were for Vice, and many of his articles for the magazine were inspired by his experiences as a bartender.

“Being a bartender is great because you get to eavesdrop on people’s conversations and see what they’re wearing,” he says. “It helps you identify different types of people and different trends. All of this comes in handy when you want to write a sneering, sarcastic article.”

The 27-year-old now writes regularly for i-D, Dazed, Huck and Metro, but after graduating from university he worked full-time in various pubs. He then transitioned to work part-time while also writing for multiple publications.

Greig quit his job as a bartender in Bethnal Green, east London, a year ago when he decided he would try to be a full-time writer. His career is going well but he misses working at a pub.

“As pretentious as it sounds, I feel a little less clued into the world, and specifically what’s happening in east London, since I quit bar work. Now most of my observations come from Twitter which I don’t think is as good, because everyone is privy to those same observations.”

“Being a bartender helps you identify different types of people and different trends. All of this comes in handy when you want to write a sneering, sarcastic article”

Valentina Valentini, who has written for Esquire, Variety, and Vulture among others, was both a freelance journalist and a nanny when she was starting out in the industry.

Being a nanny was the ideal second job for Valentini as it helped her financially, but it was also something different to journalism that she thoroughly enjoyed. She had a good relationship with the parents of the children she looked after and her work was flexible; she could often write articles at the same time as caring for the children.

“If the kids were napping and I had done all my chores, I could go on my laptop. Or if I needed to go to an event in order to write about it, I would ask the family if I could change my timetable,” she says.

Part-time jobs in hospitality, retail and customer service can be just as valuable as side hustles in economics, business and finance.

Not only do these jobs provide extra income for journalists, but they are also beneficial to their mental health and wellbeing, giving them the opportunity to switch off for a few hours and do something completely unrelated to journalism. But they also help them to connect with different and diverse people. After all, where better to observe and develop an understanding of the human condition than in a British pub?