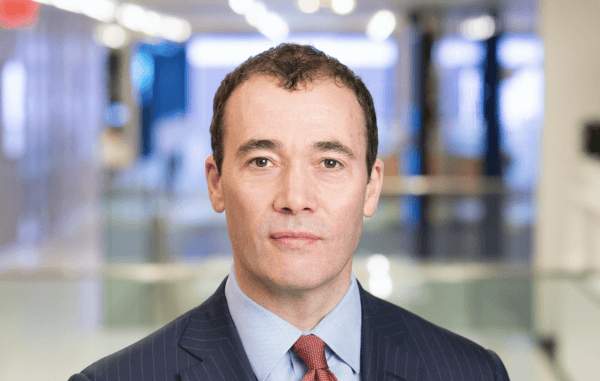 “We face a situation where great media brands might not survive,” said City alumnus and former Telegraph editor Lewis. “At Dow Jones, we see the personalisation crisis not as a disaster, but as an exciting opportunity. But I look around at many other news organisations and I do see a disaster in the making.”

In conversation with Guardian journalist and City professor Jane Martinson, Lewis was invited to give a February lecture organised in partnership with the Marjorie Deane Foundation, a sponsorship for postgraduate financial journalism students.

Lewis urged publications to support the “heroic” work of journalists by personalising content for their consumers by avoiding a “one-size-fits-all” approach to journalism. He continued by calling on students in the audience to pay close attention to data and personalisation, “because if they [publications] are not already doing it, it’s too late”.

Creativity and innovation are two themes that Lewis hammered home throughout his talk. The supposed brains behind the transformation of The Telegraph’s now acclaimed newsroom during his tenure, Lewis’ philosophy for the ideal workplace mimics that of Silicon Valley giants such as Google: make sure your employees are happy and they will produce better work. He sees this as “one of the simplest win-wins in business” from an employer-employee perspective.

Aside from City journalism students, the audience included ITV’s Robert Peston and the BBC’s editorial director, Kamal Ahmed. Lewis graduated from City almost three decades ago after completing a postgraduate degree in Periodical Journalism in 1991. He went on to work with a variety of prestigious newspapers after that, with stints at the Financial Times, The Sunday Times and The Telegraph. Lewis then served as chief creative officer for News Corp, before being appointed CEO of Dow Jones, publisher of The Wall Street Journal, in May 2014.

In discussing how journalism has evolved since he left City, Lewis pointed to the emphasis of social media in news – and the growing requirement to have multiple skill sets. He was not a fast adopter of social media in his personal life, but has embraced its importance to the journalism industry over the last five years.

“People are getting their news now from social media sites instantly – they just check their phones,” Lewis said. If the traditional newsrooms don’t embrace this new type of “information dissemination”, they will be left behind.

This led him to contemplate digital learning for aspiring professionals and business students around the world. In 2017, he launched an online programme that offers more prestige and real-world expertise than your typical Open University course.

The “Lessons in Leadership” programme offers 16 weeks of certified series of online masterclasses, produced by Dow Jones and City’s Cass Business School. The programme offers in-depth interviews with around 10 of the world’s leading CEOs and can be accessed from any part of the globe.

He believes that the smartest CEOs surround themselves with a diverse group of the “right” people. Diversity in the upper echelon of positions is the key to success for modern businesses, according to Lewis.

The talk ended with Lewis returning to the heart of his ethos: innovation. He encouraged any student there who was wary about heading on a ‘linear’ career path to seize opportunities, learn new skills, and take on different assignments.