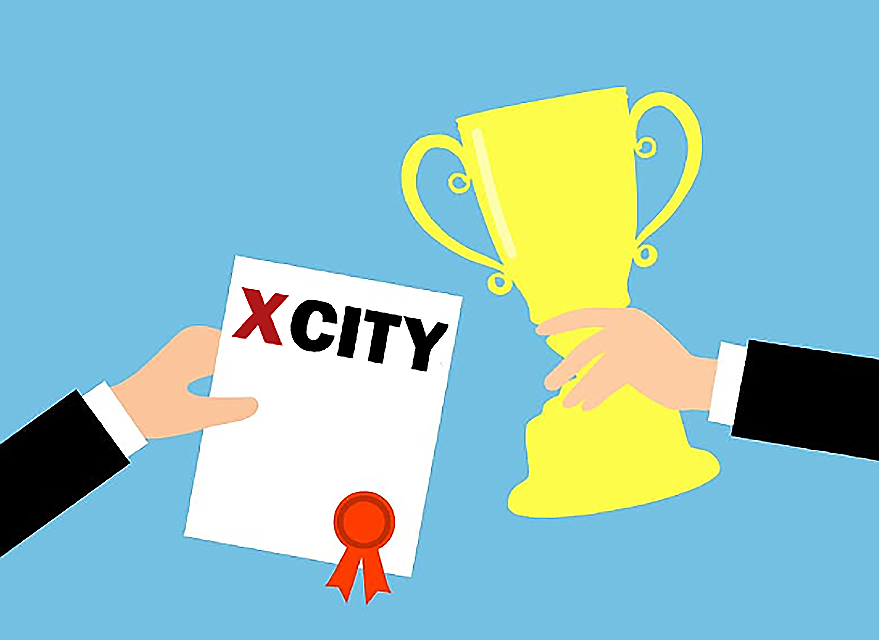 From undercover reporters to BBC correspondents, 17 City alumni make up this year’s XCity Award longlist for outstanding contribution to journalism in the past year

Boasting a £500 prize, the award was introduced in 2011 to mark the 25th anniversary of XCity magazine and celebrate the professional achievements of City journalism alumni. The winner will be selected by the magazine’s publishers, as well as a panel of journalism lecturers. Past winners include Sophie Barnes, investigations reporter at The Daily Telegraph, Oliver Shah, business editor at The Sunday Times, and James Ball, global editor at The Bureau of Investigative Journalism.

This year’s nominees have been selected for a variety of reasons: from producing Brexit podcasts and penetrating secret terrorist circles in Britain to delivering high-quality LGBT coverage and successfully establishing Tortoise Media. Last year’s winner was Sophia Smith Galer (Broadcast Journalism, 2017), visual journalist at the BBC, for her ambitious and distinctive digital content on religion.

XCityPlus will publish the details of the five journalists chosen for the XCity Award shortlist in the coming days before revealing the winner. In no particular order, here is the nominees longlist:

Nominated for: Her coverage on Brexit in various publications such as The Guardian and The Spectator.

Nominated for: Developing a new approach to cricket through his sports commentary, as well as presenting Cricket Week on talkSPORT 2.

Nominated for: His election coverage while working as a reporter for ITV, which led to one of the most memorable moments of last year’s election when Boris Johnson took his phone to look at a picture of a child with pneumonia.

Nominated for: His fresh approach on issues relating to Brexit through co-presenting the weekly Newscast (formerly Brexitcast) podcast.

Nominated for: Her diversified financial coverage and production of articles on a wide range of issues, from private equity funds to the lack of gender diversity in the private equity field.

Nominated for: Becoming the BBC’s first LGBT correspondent as well as his reporting on LGBT affairs. His coverage includes presenting his LGBT-themed programme, “The Ben Hunte Interviews”, which consist of conversations with LGBTQ heroes.

Nominated for: His work as Engagement Lead at European Journalism Centre, being responsible for connecting journalists with new people and skills, and aiding in creating an environment where press freedom and diversity rule.

Nominated for: His outstanding political coverage of a wide range of topics, from Brexit explainers to global affairs. He has been reporting on British politics at Westminster for the past 30 years.

Nominated for: Her initiatives to improve the BBC’s working culture and increase its diversity.

Nominated for: Producing a constant flow of engaging and informative culture news and features which expanded Harper’s Bazaar’s editorial horizons.

Nominated for: Building up a modern newsroom by establishing Tortoise Media, which gained 20,000 members within the first six months of its launch.

Nominated for: Her work to help organisations diversify personnel and leadership across media and creative industries. She has been awarded an MBE for her services to make the media landscape more inclusive in terms of gender and race.

Nominated for: His interview with Greta Thunberg, which discussed how the environmental activist spent her birthday protesting outside the Swedish parliament. He also highlighted her achievements.

Nominated for: Her groundbreaking investigative reporting and production of television programmes on terror organisations.

Nominated for: His freelance work, with highlights being his contributions to ES Magazine‘s LGBT issue. Wise has previously worked as an associate culture editor for The Sunday Times.