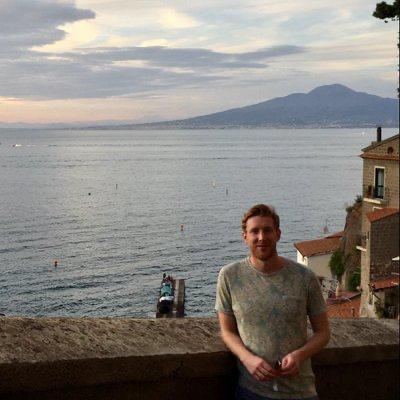 Colm Fulton (MA Financial, 2019) has been shortlisted for this year’s XCity Award. Fulton managed to interview Swedish environmental activist Greta Thunberg despite her originally refusing to be interviewed by anyone working at Reuters.

The award and £500 prize, established in 2011 to mark the 25th anniversary of XCity magazine, honours the achievements of City journalism alumni.

Since Fulton started working at Reuters last summer, his ground-breaking media content has covered a wide range of topics, from economic disruptions to environmentalism. Among other projects, Fulton is currently investigating a money laundering scandal which has taken over Swedish banks. He is the first of five nominees to be recognised by the XCity Awards, a £500 prize for outstanding journalism is the past year by a City alumni.

His most high profile achievement to date was speaking to Thunberg on her 17th birthday in January this year after she came back from her first trip around the world. Scoring an interview with Time magazine’s 2019 Person of the Year was no easy feat – Thunberg refused to speak to anyone working at Reuters. While she did not give a specific reason for her refusal, Fulton believes that the media’s constant attention might have made Thunberg wary of the press. But, that did not stop the correspondent from going to the Swedish parliament, where the climate change advocate protests every Friday, and approaching her.

“I introduced myself as a Reuters journalist, but also as someone who was interested in the environmental movement. I started chatting to her and then when she got comfortable, I asked her if she minded recording the interview,” Fulton said.

His perseverance paid off,  resulting in a revealing interview. Although Thunberg started by giving one-word answers, Fulton persisted in trying to make her more comfortable during their conversation.

Writing up the piece, the journalist adopted a cutting-edge editorial approach. Instead of solely aiming his attention at Thunberg the activist, he also focused on Greta the 17-year-old. By merging the two viewpoints, Fulton produced a short, yet engaging profile.

“The piece I did was about the fact that it was her birthday and she was saying it was great because at 17, she discovered what she wanted to do with her life. I thought I’d try to take an offbeat approach and see if I find out more about her,” Fulton said. “I wanted to do something different because most publications only focus on her work.”

The Reuters journalist said that “surprised” best describes how he felt after finding out he had been shortlisted for the City Award. “The other listed journalists have a big body of work behind them. They are really successful, experienced people, so I’m surprised I made the cut.”

Want more? Check out some of XCityPlus latest content here.