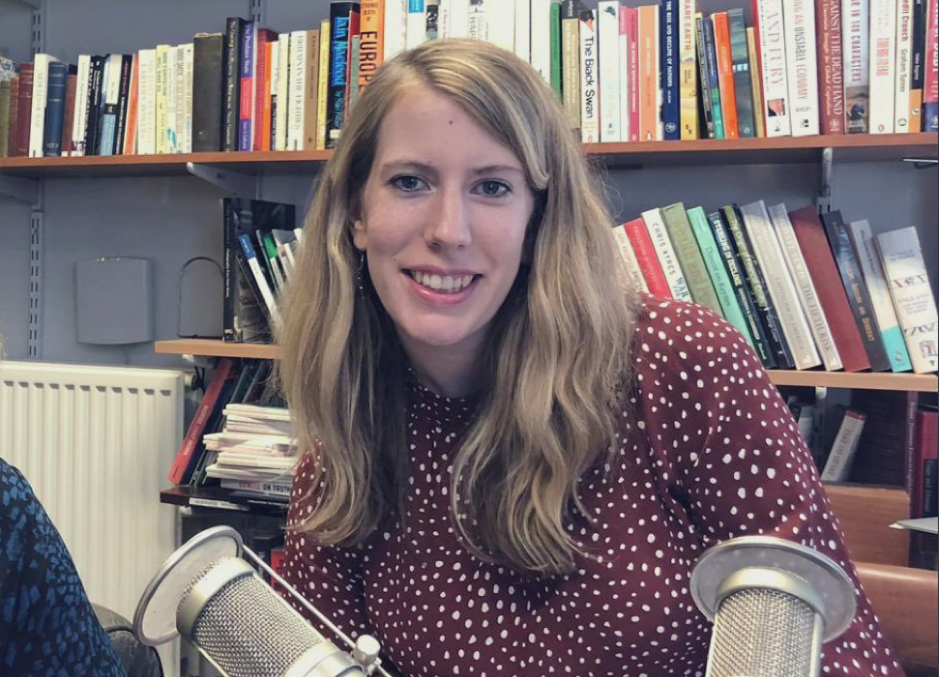 Katy Balls, a former City Magazine Journalism MA student who graduated in 2011, has been honoured for her work as deputy political editor at The Spectator and for co-hosting the popular podcast Coffee House Shots. Much of her time in recent years has been spent focusing on covering the EU referendum, Brexit and the ensuing fall out. She is the last of five City alumni to be nominated for the XCity Award: a £500 prize for outstanding journalism in the past year by former City students.

Balls joined The Spectator in 2014 as its diary editor before working her way up the ranks to become deputy political editor. Since then, Britain has seen unprecedented political turmoil – three prime ministers, two general elections, an EU referendum which resulted in Brexit – and Balls was there for it all.

When asked what she likes most about her job, she cited the “unpredictable” nature of political journalism: “I love the daily variety my job brings – it’s unpredictable and the hours can seem never-ending but a lot of what keeps you going is adrenaline.

“I think the level of access you can get as a political journalist, compared to some other specialisms, makes it the most exciting beat to cover.”

“I think the last three years of Brexit means that the value of pieces and podcasts offering clarity has risen significantly.”

In recent years, The Spectator, alongside the likes of The New York Times’ “The Daily” and The Guardian’s “Today in Focus”, has led the way in providing such clarity and shaping the landscape of news briefing podcasts. Balls co-hosts the political magazine’s hugely popular daily podcast Coffee House Shots in which Spectator writers provide political analysis of current affairs.

She identified this as one of her proudest achievements. “I’m particularly proud of Coffee House Shots. At some points we were recording three a day everywhere from black cabs to the roof of Parliament in a bid to keep up with all the political chaos.”

In addition to podcasting, Balls picked out several standout articles she has written over the course of her career. “I was  particularly pleased with my column in the i ahead of the snap election result on why Theresa May was on a losing streak, and internal predictions of a potential hung parliament.”

Others included her Spectator piece revealing the People’s Vote strategy for a second referendum and her Guardian article on why Boris Johnson’s Tories didn’t care about Philip Hammond: “They were focused on an election to decide Brexit rather than wooing rattled MPs.”

In response to the nomination, Balls said she is “pleased” to be shortlisted for the XCity Award, crediting the university for her success: “City was instrumental to my journalism career.”