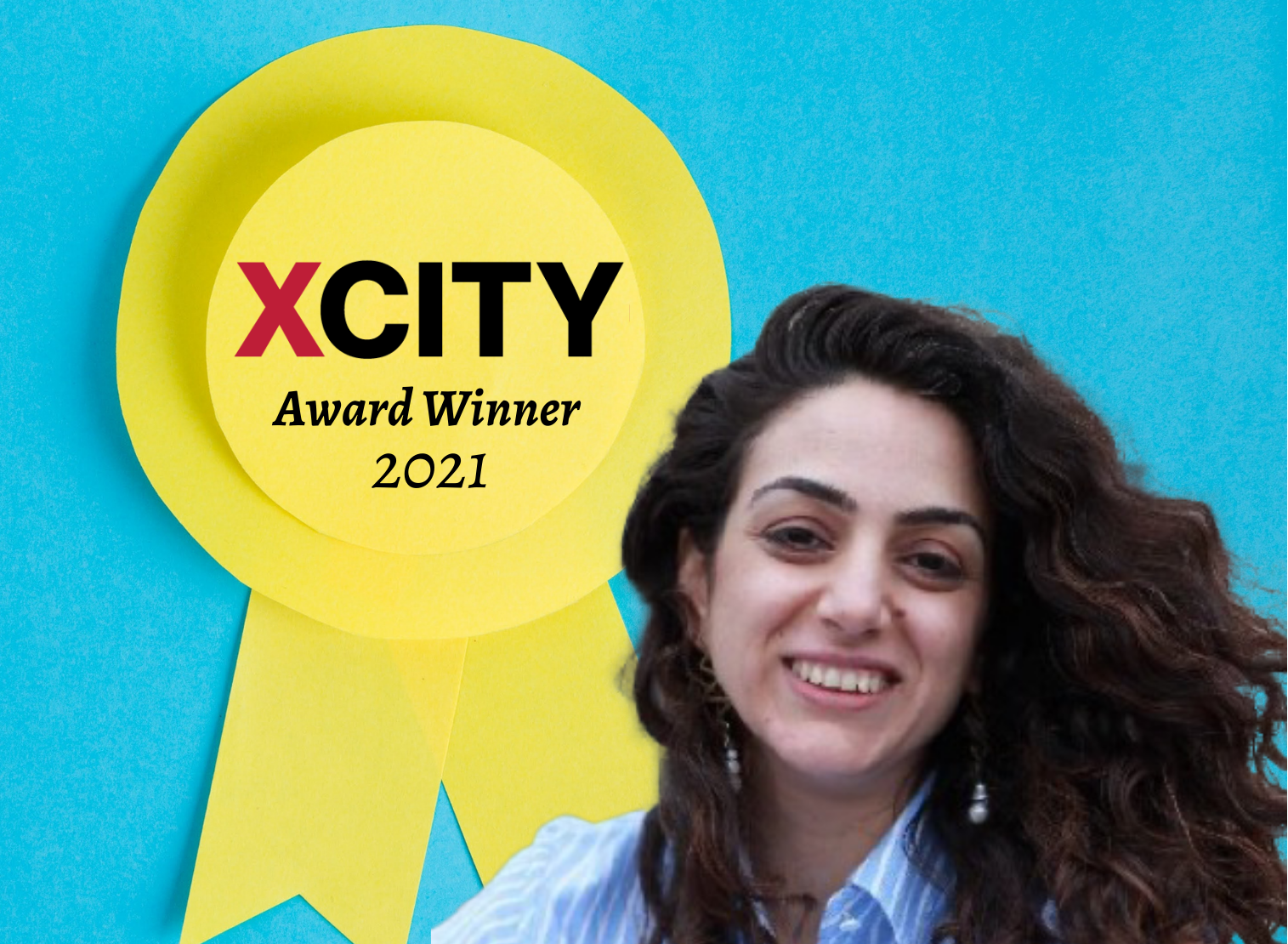 The winner of this year’s XCity Award and £500 prize is Dina Aboughazala, the founder of a brand-new startup that empowers journalists in the Middle East and Africa.

Ms Aboughazala (Interactive, 2019) is an Egyptian-born former BBC journalist who has worked in Cairo, Addis Ababa, and London. She created her startup, Egab, last August, with the aim of helping local journalists sell stories to editors of regional and international papers.

For 10 years, the XCity Award has celebrated the achievements of City Journalism alumni and their efforts to innovate, improve, and diversify the media landscape. Ms Aboughazala beat 19 other nominees to win the award.

For Ms Aboughazala, winning the award is proof she has embarked on the right journey. She said: “I’m flattered by the nomination and selection. Every time I get a nod of approval like that, I take it as the universe giving me a sign to go ahead.”

“I’ve always been frustrated with parachute reporting, when outlets fly people out whenever the big news happens, and then they don’t speak the language or understand the culture”

Egab’s focus is primarily on solutions journalism – or SoJo – a type of reporting that explores how people are responding to social problems in their communities. Egab helps local journalists craft their SoJo pitches and sell them to editors who, in turn, benefit from having on-the-ground reporters who are embedded within their communities.

Their aim is to circumvent the issue of ‘parachute reporting’, where journalists are dispatched to report on an event or crisis they are unfamiliar with, which carries the risk of simplifying or misrepresenting it. Ms Aboughazala said: “I’ve always been frustrated with parachute reporting, when outlets fly people out whenever the big news happens, and then they don’t speak the language or understand the culture. I mean, I lived in London for four years. I speak the language, I went to university there, I worked there, but still, I wouldn’t feel confident explaining Brexit to people.”

Egab guarantees to editors authentic, nuanced reporting on complex issues. There is also a financial incentive, as local reporters do not need plane tickets, accommodation, or a translator.

For journalists, Egab provides a platform to acquire the confidence and the skills to get started in a saturated, deteriorating industry. Ms Aboughazala said: “Young journalists [in some countries in the Middle East and Africa] are really struggling to join the market. The quality of journalism is absolutely poor. It’s propaganda, it’s PR, it’s not journalism anymore.”

“Her new startup is extremely exciting and has the potential to make a very positive contribution. A greatly deserving winner of the XCity Award”

Ms Aboughazala hopes that Egab can shake the status quo, and help those young graduates produce authoritative and innovative journalism. She said: “Our long-term vision is that we want to be contributing to building a new generation of high-quality journalists.”

Egab sold its first ever story to the UAE’s National News in the aftermath of the Beirut blast in August 2020. The piece, written by a young Beirut-based journalist, called attention to the role that Palestinian refugees – routinely discriminated against in Lebanon – played in finding survivors. Ms Aboughazala said: “With this story we wanted to stick to our mission, which is to try to challenge stereotypes and dominant narratives.”

Less than a year old, Egab is still in its infancy, with the short-term goal of getting funding to turn volunteers into employees and grow the three-person team. Ms Aboughazala said: “My vision is that Egab becomes the platform that editors seek whenever they need stories from different parts of the world. We’re telling them, ‘give new voices a chance, and we’ll guarantee the quality.’”

Dr James Morris, head of Interactive MA, said of Ms Aboughazala’s success: “Dina’s award comes as no surprise. She has a great deal of traditional journalism experience, and excelled in her time at City in translating that into the new platforms of Interactive Journalism. Her new startup is extremely exciting and has the potential to make a very positive contribution. A greatly deserving winner of the XCity Award.”

Next post Newspaper licensing in the age of social media: Q&A
Tweets by XCityplus