Lauren Sneade speaks to Poppy McPherson about reporting on Myanmar.

“Journalists were widely regarded as traitors, enemies to the state.” Poppy McPherson, City alumna, reports on Myanmar but has been stationed in Bangkok for her own safety since 2020. She currently relies on the bravery of citizen journalists in the region.

She has reported on Myanmar’s turbulent political situation since 2015, and her team were the first international media to report on the military coup which happened in the middle of the night on 1 February.

“It really is a life or death situation. There have been reports of individuals being tortured to death after being rounded up by the military”

“I remember saying to someone ‘It’s a coup’ and it felt surreal. It was obvious the country would never accept this kind of power grab, after the decade of struggle,” Ms McPherson said.

Rumours of the coup started to spread before official information with reports of cut phone lines in Naypyidaw and mass arrests. Ms McPherson’s team reached the spokesman for Aung San Suu Kyi’s party to confirm the leader had been arrested minutes before the spokesman himself was detained.

Following weeks of successive internet shutdowns since the coup, Myanmar is now under an era of oppressive censorship and restricted press freedoms.

On 1 February, when Tatmadaw commander-in-chief Senior General Min Aung Hlaing launched a coup d’etat and detained the nation’s civilian leaders, the military also seized the state broadcaster MRTV and suspended all five privately-owned, free-to-air TV stations. As a Reuters correspondent, Ms McPherson has been re-stationed in Bangkok to report from afar.

In 2019, Ms McPherson’s team won the Pulitzer Prize in International Reporting for a series called ‘Myanmar Burning’ on the expulsion of the Rohingya, a Muslim minority in the region. This success came after spending nine years working for South East Asian media outlets directly after graduating from the Magazine Journalism MA course at City.

“It was an era of wild optimism. It was such a privilege to see the flourishing of media”

“With the way things are, Myanmar could be in a different age.” Ms McPherson said some of her contacts still inside Myanmar bought short-wave radios on the day of the coup, as they predicted the military would target press freedoms. In some areas, news is circulated via leaflets passed out by hand.

While Ms McPherson and her team are in a safer position in Bangkok, the protection of sources has become her top priority. Contacting interviewees via the phone networks is no longer an option. She said: “The use of encrypted apps is essential. It really is a life or death situation. There have been reports of individuals being tortured to death after being rounded up by the military.”

The protection of sources has to go further than simply shielding the individual’s identity. Reuters has to safeguard against jigsaw identification when reporting information that only a handful of people would be privy to.

The culture of journalism in Myanmar has always evolved to respond to changes in press freedoms. After Aung San Suu Kyi’s party won 77 per cent of seats in Myanmar’s landmark election in 2015, the country ended half a century of dominance by the military. “It was an era of wild optimism,” Ms McPherson said. “It was such a privilege to see the flourishing of media.”

However, confidence in press freedom in Myanmar has always been finely balanced against the cultural memory of military brutality. “Because of the long history of persecution and arrest of journalists in Myanmar, part of the profession was the constant assessment of risk,” Ms McPherson said.

“Nothing has so profoundly shaken the whole country to its core, affecting everyone personally”

Journalism is now a site of resistance in Myanmar. The 74 Media, an outlet from Kachin, live streamed their own arrests in the earlier stages of the coup. There have been widespread reports of torture and extrajudicial killings under the military’s rule.

Established news outlets across the country are now facing decimation. On 4 May, the ruling State Administration Council announced that anyone using satellite dishes to watch television faces up to one year in prison or a fine of K500,000 (US $320).

After nine years in the field, Ms McPherson said experiencing this period in Myanmar has been unparalleled by any other political situation she has witnessed. “Nothing has so profoundly shaken the whole country to its core, affecting everyone personally, throwing the future of 54 million people totally into doubt.”

Protests continue everyday in Myanmar, and opposition ethnic groups continue to train to fight the military. The coup is yet to be upheld as the financial situation in Myanmar is far from stabilised, and widespread opposition still rages on. 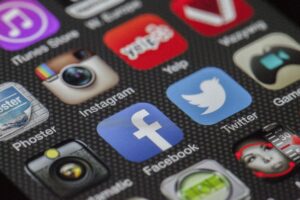 Previous post A year of investigations and online trolling: An interview with the BBC’s Rianna Croxford 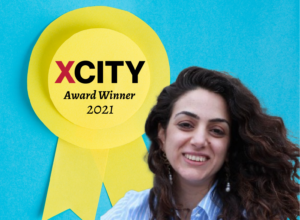