For the second year running, George Arbuthnott (Investigative, 2009) has been shortlisted for the XCity Award. The deputy insight editor at The Sunday Times has accumulated various accolades since his last nomination.

In December 2015, he and his team at The Sunday Times won ‘Breaking News Story’ at the British Journalism Awards for their work on FIFA corruption. They also scooped a double victory at the Sports Journalism Awards 2016, winning both the sports and investigative categories for breaking last year’s scandal about blood doping in athletics.

Mr Arbuthnott spoke to XCity Plus about his nomination for the XCity Award: “It’s a massive honour. City is where I learnt to be a journalist and so many fantastic journalists have come from there. To be shortlisted is pretty fantastic, and I’m humbled.”

After winning The Sunday Times’ inaugural Marie Colvin scholarship for future foreign correspondents, Mr Arbuthnott worked on a two-year investigation into human trafficking in the UK, which led to last year’s XCity Award nomination, before moving on to an exposé of doping and corruption in sport, with a particular focus on athletics.

“We managed to get hold of every drug test conducted on major athletes across the world from 2001-2012 and we spent five months learning how to analyse the blood values. The headline figures were that a third of all medal winners at the endurance events and world championships had suspicious blood tests. So that was 56 gold medals and about 150 medals in total.”

As is the nature of investigative journalism, he can’t go into too much detail about what he is currently working on but he told XCity Plus: “We’ve continued to look at corruption and cheating in sport. The stories we’re currently working on will again show the need for reform.”

Despite his obvious skill at investigative journalism, Mr Arbuthnott’s reason for joining the course was slightly unorthodox. “I knew I loved journalism but I wasn’t sure if I wanted to be in newspapers or television. The investigative course was the only course that offered both print and broadcast training so I went for that and found that I really loved it.”

While at City, Mr Arbuthnott discovered a penchant for digging “beneath the surface” and remembers being particularly inspired by Rosie Waterhouse, the director of MA Investigative, and David Lloyd, who runs the broadcast element of the course. Having now successfully worked in the industry for seven years, Mr Arbuthnott believes that investigative journalism is no different from any other type of journalism. You just get to “spend a bit longer on it”.

After graduating he began his career at the Glasgow Herald (2009-2010) before moving to the Daily Mail (2010) and the Mail on Sunday (2010-2013). Following his year-long Marie Colvin scholarship at The Sunday Times he moved permanently to the publication in 2014 as an investigative journalist and was soon promoted to deputy insight editor.

Mr Arbuthnott is one of five people to be shortlisted for the XCity Award and £500 prize, which recognises an outstanding contribution to journalism in the past year by a City alumnus.

The 4 types of hack we all know 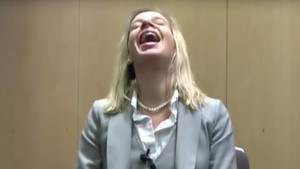 How to: Be a succesful media power couple 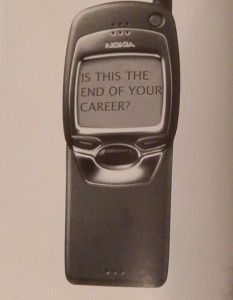 Next post Podcast: The making of XCity episode 3 – News and Features
Tweets by XCityplus