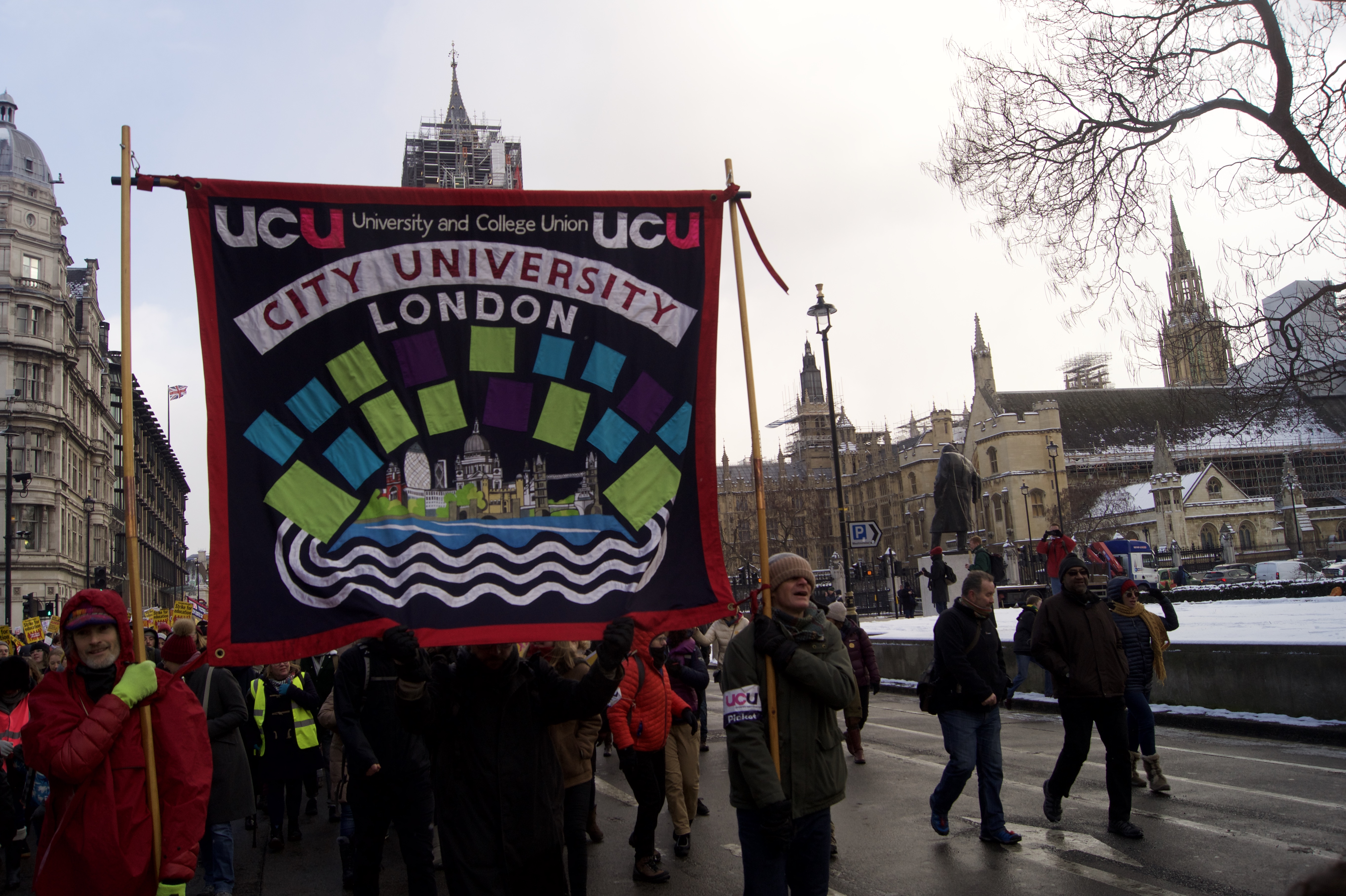 Thousands of students and lecturers braved sub-zero temperatures, heavy snow and blizzards yesterday to march through central London in protest against planned cuts to university pensions.

The march follows a week of strikes from University and College Union (UCU) members, which have caused widespread disruption at universities across the country.

The cuts, proposed by UUK, will end the defined benefit element of the Universities Superannuation Scheme (USS) pension scheme. The union says this would leave a typical lecturer almost £10,000 a year worse off in retirement than under the current set-up.

Initial UCU estimates put the number of people marching at more than 2,000.

Representatives from City, University of London, took part in the march, which ran from the University of London headquarters in Bloomsbury to Methodist Central Hall in Westminster, where union bosses and Labour politicians spoke at a rally organised by the UCU.

The march comes a day after the two sides announced a joint attempt at arbitration through the industrial conciliation service Acas, which starts on Monday.

A move to arbitration indicates a promising shift on the part of the employers, represented by the Universities UK (UUK) group, which had said its pension proposals would not be subject to negotiation.

UCU said its planned strikes would continue across the UK, with a further four days of strikes scheduled to begin on 5 March.

On the march, UCU general secretary, Sally Hunt, said to the 500-strong audience of protesters in the hall that if an agreement couldn’t be reached, the walkouts would continue into universities’ exam season. She said: “The sacrifices that you have undertaken so far can only be worth it if we commit to prosecute this dispute to the end. I hope that that will be soon.”

“But if it isn’t,” she added, “we will have to commit to further days of action and we will have to be very clear that this dispute goes on into the summer when we have exams, and will continue until we get a solution that we think is acceptable.”

Shadow chancellor John McDonnell praised the protesters’ “courage and determination”. He said: “You deserve 100 per cent and absolute solidarity, and from the Labour Party that’s what you will get until you win this dispute and you have a just settlement that will protect your pensions.”

Shadow Education Secretary Angela Rayner added that it shouldn’t have taken strike action to get employers back to the negotiating table, apologising that it had come to this. She said: “I am absolutely sorry that you have had to take industrial action.”

She continued: “You’ve lost financial support that you desperately need to help your families, but what you’ve done is set Britain on a path that hopefully will tell this government, ‘enough is enough.’”