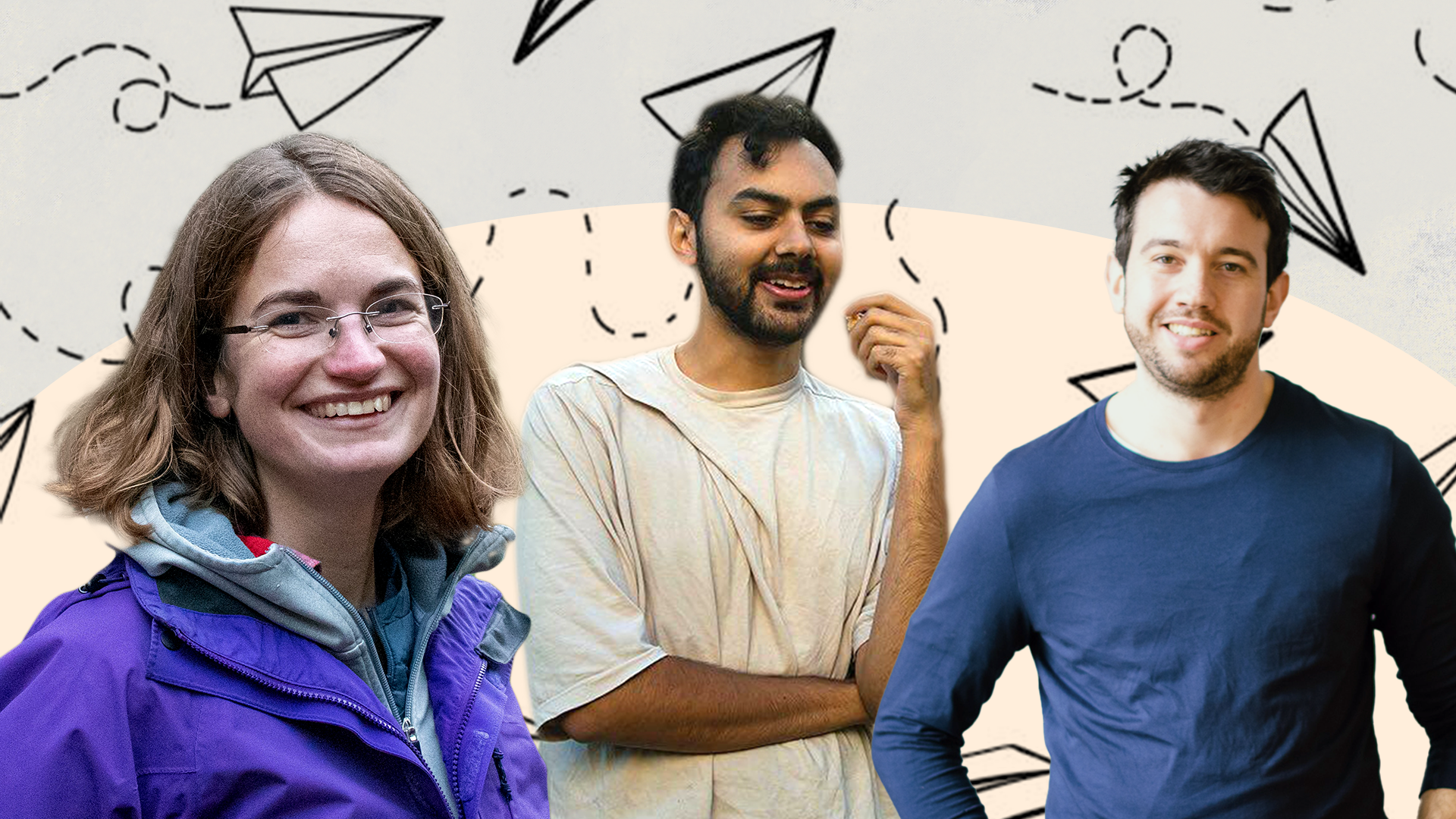 Sophie Yeo finished her last commissioned article on 7 April 2020. Now, Yeo was without any environmental writing opportunities for the first time since she became a full-time freelancer three years earlier, having just finished a few projects. “I thought I might never work again,” she said. On top of this, Yeo was experiencing a lockdown already fraught with the challenges of a broken fridge, leaking roof, and living with a mischief of rats. Last spring, the pandemic brought a wrecking ball to existing ways of life, including a slashing of freelance budgets many writers like Yeo had depended on. In the space voided by a broken gig economy, journalists sought solutions. For many, that meant turning to Substack.

Yeo is part of a new class of self-employed journalists earning via Substack: a subscription newsletter platform that began in 2017. Substack allows anyone to publish newsletters in exchange for 10 per cent of their revenue. While paywalling newsletters is not mandatory, it presents the opportunity for writers to live off their work without the constraints of advertisers, editorial direction, and hunting for clicks.

Most of these subscribers have flocked to already prominent authors, including tens of thousands to Pulitzer Prize winner Glenn Greenwald. He has one of the top ten most popular newsletters, who collectively earn more than $15 million (£10.8 million) per year.

Consequently, writers and companies alike are seeing this as a lucrative opportunity. Twitter recently acquired the newsletter platform Revue, while Facebook is set to launch their own newsletter tool soon. Nonetheless, as the aforementioned eye-watering sums suggest, Substack is the platform leading the newsletter revolution. Thousands of regular writers have joined the platform in the past year, covering anything from philosophy to stock market tips.

Environmental journalist Sophie Yeo, 31, was one of those who decided to take the plunge. She created a UK-centred publication that sought to match the vibrant environmental scene she saw while living in America. “In the UK, there aren’t many publications that publish in-depth stories on the environment – it’s quite basic and news-driven – so I wanted to do something a bit more reflective,” Yeo says.

Yeo called her newsletter Inkcap Journal. Today, it has over 4,500 subscribers, around 10 per cent of whom voluntarily pay £5 a month. In return, subscribers receive a feature article and news digest each week. “I think the news round-up is quite unique in the UK,” Yeo notes. “It brings people in contact with a lot of stories they wouldn’t otherwise see, as well as major political developments and big environmental news.”

Like Yeo, Jonathan Nunn began his Substack amid the UK’s first lockdown, although he had more of a head start. Having cultivated over 15,000 Twitter followers through his freelance diaspora food writing for publications like Prospect UK and Eater London, he knew there was an audience interested in his work. “I had built a bit of a platform already,” Nunn says, “which was founded on not being part of the food writing establishment: doing things on my own terms and often being very critical of legacy food publications who I would otherwise be angling to work for if I was living off freelance writing.”

Nunn, 31, who works primarily in hospitality for the tea industry, had freelanced for around two years when the pandemic struck. Furloughed from his job in tea, Nunn had a half-baked idea to help support out-of-work chefs, and give his own writing a temporary home. Within a week, Vittles was born. It began platforming chefs like Thom Eagle, as well as producing recipes and offering guides to lockdown food shops.

Since those early days of ‘lockdown 1.0’, Vittles has amassed over 14,500 subscribers, with more than 1,500 of them paying a fee (£4 per month) since Nunn introduced the option last August. For Nunn, his ethos of catering to those typically excluded from mainstream food writing has set Vittles apart. “It’s unlike what is already in British food media,” Nunn says. “In many senses, American food media is ahead of Britain, particularly how they relate writing to larger ideas of race, class, politics, and policy. Whereas we encourage that.”

While Substack has become a prosperous place for pre-established personalities, others have used the platform to move traditional journalistic architecture to a new space. Joshi Herrmann founded his newsletter, The Mill, in June 2020, seeking to use modern methods to bring local journalism to the Greater Manchester region.

“A big worry for freelancers is that they have things they are passionate about, but when they pitch to legacy publications, they are told ‘this won’t resonate with our audience’”

“I’ve been interested in how the huge revenue hit to local news could be reversed for a few years now,” Herrmann says. “So, with The Mill, I felt if we could create high-quality local journalism that is both thoughtful and in-depth compared to what is already out there, people would engage with it and help stop the loss of great regional coverage.”

Having previously been a staff writer at London Evening Standard, editor-in-chief for Tab Media and a freelancer for a host of national outlets over the past decade, Herrmann believed it was time to test his idea.

His aim for comprehensive coverage has led him and a network of freelance contributors to cover a swathe of topics, ranging from exclusive reports on grooming gang arrests to historical deep-dives on remarkable figures. This has spawned around 11,500 monthly subscribers of which over 800 are paying £7 per month for daily stories. “I think there is a yearning for a return to quality in media generally,” Hermann notes. “People are tired of being drowned in irritating ads. They’re bored of the mass-produced click-bait and they’re over important news being mixed in with three stories about Piers Morgan within an hour.”

A distinct parallel between the three writers is their commitment to building a durable space for their respective niche – be it UK environmentalism, marginalised foods, or local news – all while financially supporting their contributors. “A big worry for freelancers is that they have things they are passionate about, but when they pitch to legacy publications, they are told ‘this won’t resonate with our audience’,” Nunn explains. “Certain writers feel there isn’t a place for them in the industry, so they are more comfortable pitching to me knowing it will be appreciated rather than dismissively rejected.”

“You get really useful feedback. People can just hit reply. It’s rich, personal feedback you don’t get with other formats”

This community ethos, including fair payment, is equally important to Yeo: “At first, when I had zero money, I didn’t accept pitches. I don’t ever want to exploit writers and take unpaid work.” Inkcap Journal have since commissioned multiple writers, paying between £100 and £400 depending on the complexity of the story, and Vittles pay a base rate of £350 per newsletter of around 2500 words.

Similarly, The Mill have published and paid over 20 different writers, ranging from inexperienced journalists to those featured in the New York Times. “That’s been one of the biggest joys of the whole thing: being able to commission really good journalists,” Herrmann notes.

Is there a secret to becoming a Substack success? “No, I’ve just tried to be consistent,” says Yeo. “I think people have come to recognise that.”

Herrmann concurs: “A lot of it was word of mouth. Loads of people forward our emails to their friends – that’s one of the nice things about newsletters, you get people sharing it easily. Also,  you get really useful feedback. People can just hit reply. It’s rich, personal feedback you don’t get with other formats.”

Travel journalists minus travel: Reflecting on the pandemic 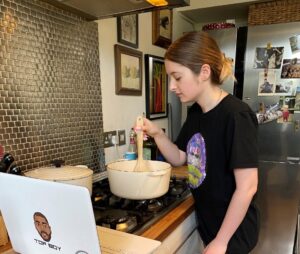 Next post Six photojournalists that revolutionised their craft
Tweets by XCityplus