City has been producing top quality journalists for 40 years, but it has also been instrumental in bringing like-minded people together. We asked two couples whose love blossomed at City how being a media power couple has helped and (possibly) hindered their careers in journalism. 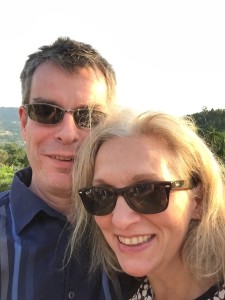 Janice Turner, columnist and feature writer for The Times, met Ben Preston, editor of Radio Times, on the 1987 Newspaper course. After 29 years together they must be doing something right! We spoke to them about making it work as a media power couple. 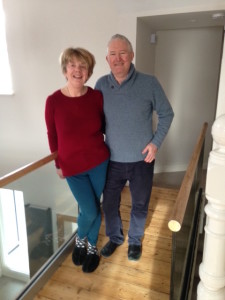 Nigel and Clare Gabriel met on one of the first City journalism courses in 1979. They got to know each other during a work placement at The Times while working on a story about eggs. A full 36 years later the couple are still as happy as ever. They have both worked on numerous publications, including working together at The Gulf News in Bahrain.

Know when to prioritise your relationship:

Janice: “Ben got offered a job on the Bristol Post and I was on the East Anglian Daily Times, which is on the opposite side of the country. We’d see each other every weekend for two and a half years. When we were 27 we decided we wanted to be together full-time. We both left our jobs and went travelling in India and Pakistan for six months before coming back to London and looking for employment.”

Two journalists are sometimes better than one:

Clare: “Because we’re both journalists we’ve been able to help each other through good times and bad. We’re a very close couple and I think that is rooted in the fact that we started off on this journalism course together.”

Nigel: “It’s great having someone who understands my career. If I’m moaning about having an awful day at work, Clare knows what I am on about.”

Just because you can work out whose turn it is to do the washing-up doesn’t mean you can work together on your next scoop:

Ben: “While travelling around India we went undercover. We tried to write a joint article. It was possibly the most painful 36 hours in both our lives. We did finish it but every sentence was fought over and so I would recommend never writing anything with a joint byline. We have never done it since.” 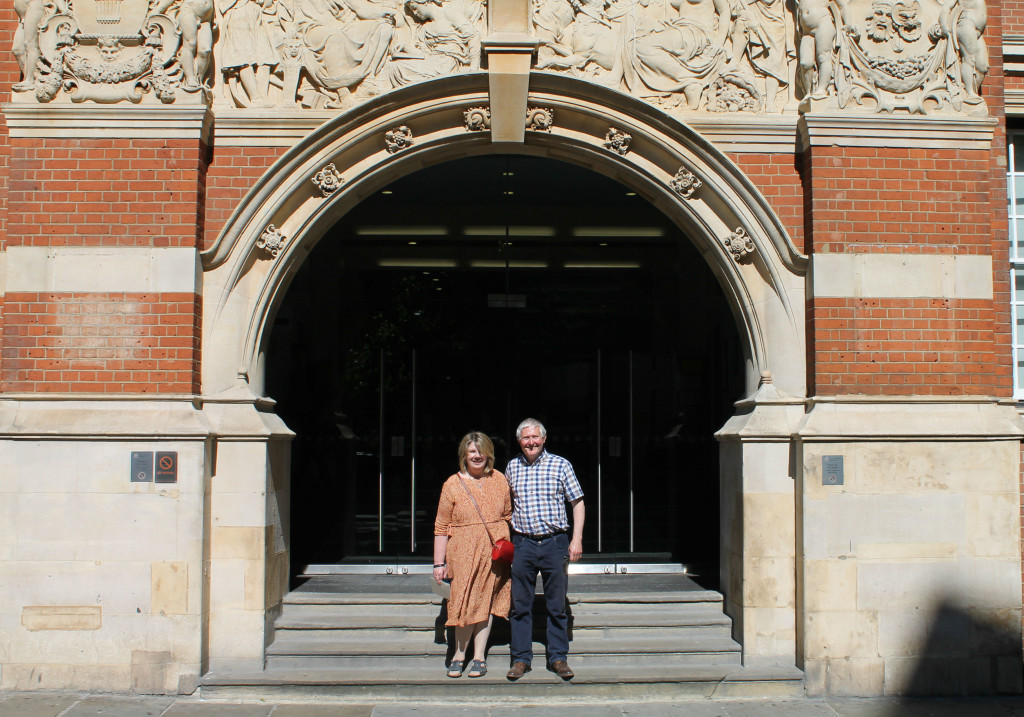 But you do always have someone to sub your work:

Clare: ”We certainly share skills about the modern digital age. He has some particular strengths in design. We often look at each other’s work and say: ‘that’s good’ or ‘why don’t you change that to that?’”

It’s OK to be secretly jealous:

Janice: “I think we were probably more competitive when we were both on local papers. Ben was in Bristol, which is a busy and exciting city. I was in Ipswich, which is very quiet. While I was doing flower shows, Ben got to cover big stories like mass shootings.”

Make a name for yourself first (but learn to be gracious when you don’t get introduced by it):

Janice: “The Times were looking for a Saturday columnist and Hilly Janes suggested me. Someone said, ‘Do you know who she is? She’s the wife of the deputy editor’, but Hilly said she didn’t. I like that story because I would hate anyone to think that anything I’ve ever done is because of Ben.”

Ben: “We’ve both been introduced as the husband or wife of the other. But I’m very happy to be Mr Janice Turner.”

Employers should realise that a couple is sometimes the best formula:

Nigel: “We worked together on the Gulf Mirror in Bahrain. I was chief sub and she was one of the writers. She understood what I wanted: things like the right pictures to accompany the stories. So on a day-to-day basis it was very helpful.”

Clare: “It was a small staff and quite a pressured job. That was interesting to work together on, but after that we took on quite separate paths.”

Know that being a journalist is a tough job:

Janice: “It was hardest when our children were small. I was on magazines so I could come home at 6pm and put them to bed. Ben was news editor and wouldn’t come back from The Times until about 9pm. He wasn’t there to give them a bath and put them to bed and it was too late for us to eat together.”

Ben: “In the old days, I struggled to leave the office. We both absolutely understand that if you’ve got a deadline you have to meet it. It’s helpful to have a partner who is as understanding and sweet-natured as she is.”

Janice: “We both have an enormous curiosity about the world and want to know things. We have exactly the same mindset about gossip and new things. Journalists find each other endlessly amusing because we’re mischievous people.”

Ben: “Journalists share an attitude about the world. We like spotting things, swapping ideas and chatting a lot.”

Janice: “When we were at City he was the star of the course, really, that‘s what I thought. Ben has a great nose for a story. It’s a joke among our newspaper friends that they will often follow-up on Radio Times stories because he’s just got an eye for commissioning a very topical piece.”

Ben: “Janice has an absolute gift with language because she writes tightly and sparsely. She’s got a way with words and a razor eye for a story. Her view of the world is original and interesting even if you profoundly disagree with it – which I sometimes do!”