The announcement last July that NME would be going free came after a half-century reign at the forefront of UK music journalism. With a peak circulation of over 300,000, its early readers were religious about music, and its authors were worshipped with almost as much reverence as the bands they were writing about.

By 2015, however, its circulation had dropped to 15,850 – and their widening of content to include film, fashion and politics was seen by some as the last nails in the coffin of the already-dwindling weekly music press.

But in February of this year, the magazine surpassed its record circulation that had stood since 1964, and by tapping the free market the magazine seems to have bucked the trend in music journalism’s print decline. 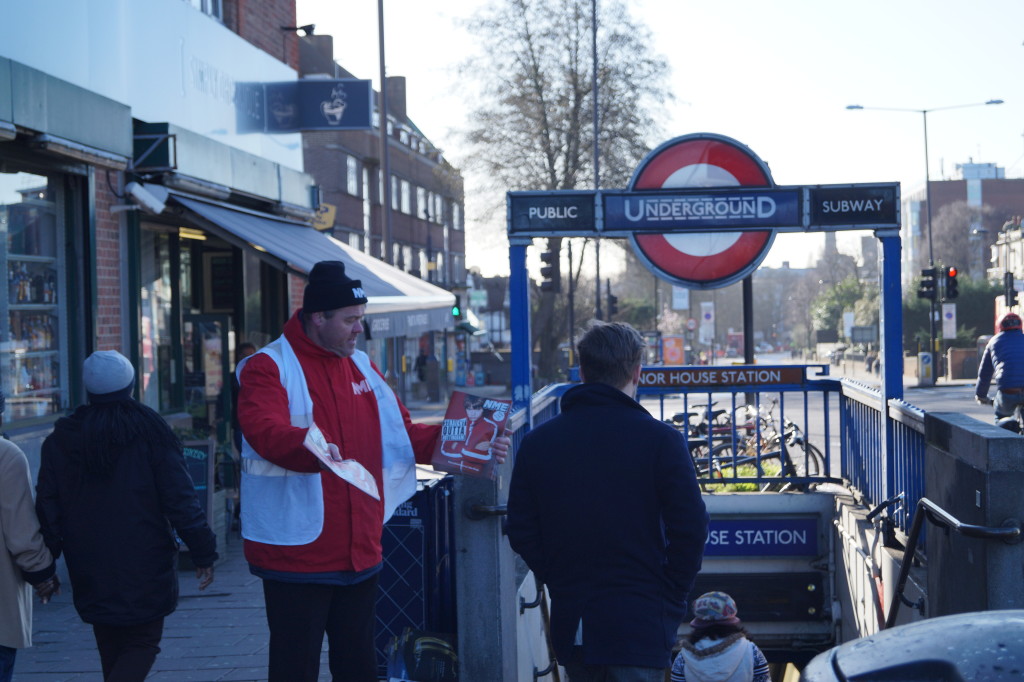 XCity Plus spoke to its deputy editor Tom Howard, who has been with the magazine for the last 4 years and witnessed every detail of the transition to free.

What were the major factors behind NME going free?

It either goes free or it ceases to exist. That was it really. It didn’t sell as many copies as it needed to and selling music magazines is different these days.

What were the factors behind branching out your content into film, style and more?

When you’re free the only money you make is all from advertising – you need broad coverage to get different types of advertising. A magazine like this can’t be funded solely by advertising for the music industry because there isn’t any money in the music industry. We wanted to explore getting film ads, TV ads, etc. We knew that NME was a magazine that people who like music read for the music, but also that those people reading it didn’t only like music – they’re into other stuff.

NME has always had content that isn’t music in it, it’s just now it’s free and we made a big deal about having a film and TV section. If you look at copies of NME from the 1970s there’s loads of film content in there. It’s just for some reason when we went free, people pored over it a bit more and were more surprised to see it.

Is NME still a music magazine?

I would say it definitely still is a music magazine. Most of the stuff in it is music, it just covers other stuff too.

Has your target reader changed since you went free?

It’s become wider. The people who NME was aimed at before, the people who were buying it before, we like to think are still interested in the magazine. But there are certainly people now who read NME magazine who never read it until it went free. By the nature of the beast, the readership is very broad – the horrible word millennials (18-34 year-olds) – people who go to Topman, people who go to HMV. But you can get it from Tesco, so it’s less exclusive – it’s not for the indie purists any more.

Do you think you’ve driven away the indie purists?

Definitely. I’m sure there are people out there who are dismayed that we don’t cover all the bands they think we should cover, but we tried that.

So there’s not enough demand for obscure indie bands any more?

We were in this weird position with the old NME where, if you put the biggest pop stars in the world on the cover, like Lady Gaga or Rihanna or Kanye, it wouldn’t sell as many copies as when you put Noel Gallagher on. That was just the reality of the situation, and we ended up putting him on the cover loads because that’s what people bought.

If you put a new indie band on the cover, like Peace or Palma Violets, no one bought it. What are we supposed to do? We can’t put things on the cover that no one buys, because we are a business.

Is there a link between the internet’s role in introducing new music first and the fact that new bands can’t make it on the cover?

I think it’s partly because people just don’t expect to have to buy stuff any more. There was a time when you needed to buy the NME in order to find out about new music, but you don’t any more. Before it went free our readership was quite old – people who had grown up reading the magazine and still saw it as ‘their bible’. But it was hard to get the new readers in because it’s hard to persuade an 18-year-old to pay £2.50 for a magazine when they could just go online. The internet is certainly a massive factor. 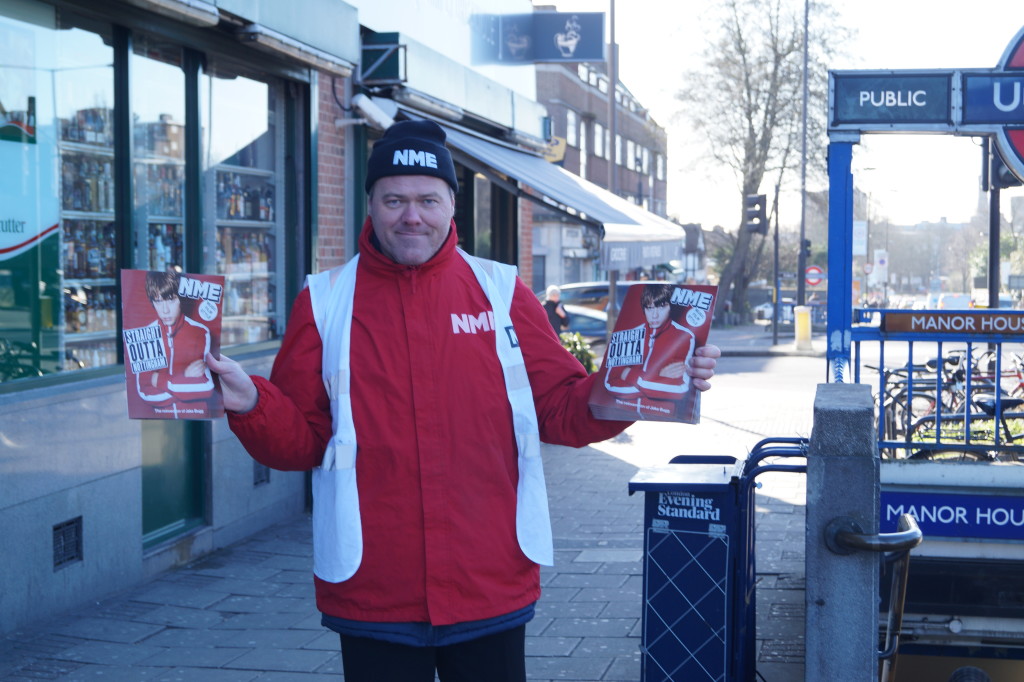 Do you think print journalism still has a role to play with new music?

I don’t know if it’s even possible to cover bands before people have heard about them online – that’s just where everything happens. But print will never die, it’ll level out. More magazines will close, but they won’t all close. There’s a romantic notion of print, something about seeing a lovingly crafted magazine page full of well taken pictures in a thought out creative concept that you can get online. In London everyone on the tube’s reading something, a newspaper or a magazine – I’m sure they do in other cities too.

Are there reasons other than the romanticising of print that meant you didn’t just move NME online altogether?

All the ads are in the mag. A lot of them are cross platform, but people want to advertise in the magazine. A lot more people look at the website, but from an advertiser’s perspective it’s more worth someone having the magazine in their hand.

Can NME still have the same authoritative voice as a free publication?

Definitely. We’ve been very deliberate in making sure that we still have an opinionated review section, because for bands, record labels and music fans, what the NME thinks of an album is still important to them. I think more people are reading it now, so it’s probably more important.

Can it still provoke the same level of loyalty from a reader?

Time will tell. I was a very loyal NME reader in my late teens and early 20s. At that point I had a rubbish job, and every Wednesday I’d buy the NME. It’s hard to tell, what evidence do you need to know if someone’s being loyal or not? If you pick it up every Friday, are you doing that because you’re loyal to it or just because it’s there?
When you make a magazine the thing you want above all is for people to read it, enjoy it and want to read it again.

And have you found that so far?

We know that we get rid of 310,000 copies every Friday, I doubt all of those are loyal readers but I’m sure there are some in there. It’s hard to put a figure on it. NME is a big brand, a famous brand. I’d be dismayed if we didn’t have any loyal readers. I think we do but I don’t have any evidence for you.

Are you positive about the future?

I think you’ve got to change. You’ve got to move with the times and accept that the world is changing. If you don’t change with it you’re going to get left behind.
Tags: magazine music NME