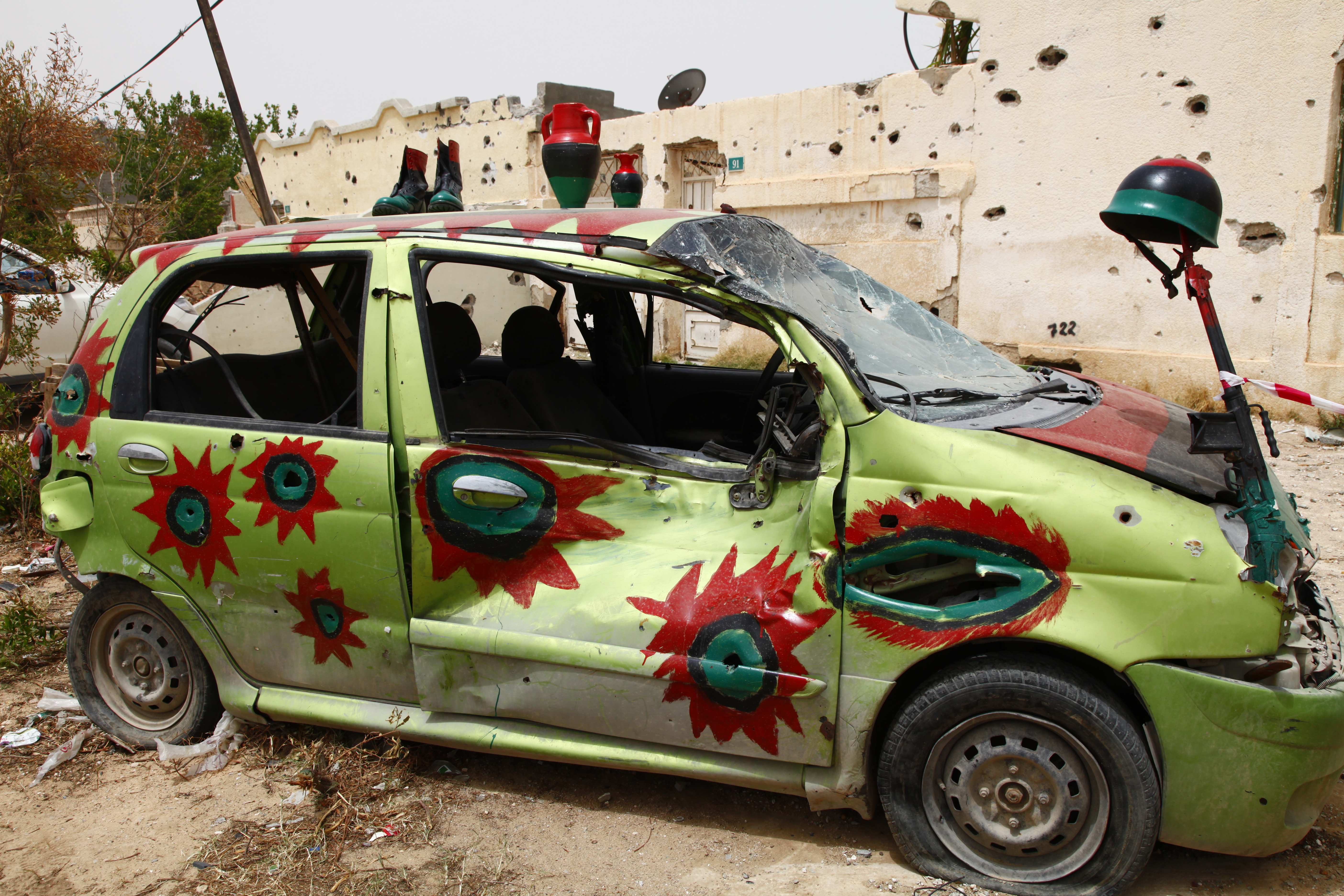 Lawless Libya: where an estimated 2,000 warring militias rule the roost, five years after dictator Muammer Gaddafi was killed and his government deposed.

Chris Stephen, Libya correspondent for The Guardian, says the 2014 to present Libyan war is the scariest of the nine wars he has covered. The country is torn by civil war, with its weak government and the increasing presence of Islamic State.

“It’s like Mad Max,” he says. “It’s even got the same people, they all make these funky battle cars. There’s something of the same attitude as Mad Max – riding across the desert, avenging wrongs.

“The militias customise 4x4s, which is generally the only vehicle available, making them into battle wagons.”

Mad Max is a (completely insane) 1979 post-apocalyptic film set in the Australian wasteland. Three exponentially crazy movies followed, with characters like Furiosa, Lord Hummungus and, for some reason, Tina Turner.

The movies became famous for having more souped-up war vehicles than a military rally sponsored by Pimp My Ride.

Stephen compares the films to Misrata in the 2011 Libyan war. “Several hundred Toyotas had recently arrived on the docks, so the militias helped themselves, then fitted iron panels to the fronts and sides, and put machine guns or anti-aircraft cannon on the flatbeds. Then they went to war.”

He said the cars sometimes reverse into battle so the gunner could shoot from the back with a clear field of fire.

“When there were attacks over the desert, dozens, sometimes more than 100, of these wagons would assemble.”

“No two wagons are the same,” says Stephen. “They all have different armour fittings, different slogans, different colours”.

As well as attaching panels, guns and stripping the body from vehicles, the militias use paint to distinguish themselves – some with black and white zebra stripes.

The UK’s Special Air Service (SAS) even gave the rebels “big red and yellow flags” to tie over the front bonnet so they weren’t bombed by NATO by mistake, explains Stephen.

The cars would also sport the Libyan tricolour, on makeshift flag poles or in paint.

Despite all the paint and customisation, war reporting can be a minefield of confusion, contrary to its depiction in film. Stephen says: “What’s interesting about battle is how little you can see. When you see these films it’s all quite clear what’s going on, but when you’re there, you’re in one small corner. You don’t have a clear idea, there’s all sorts of chaos going on. Afterwards, you have to ask, when did they lose?”

In a country consumed with power struggles, the similarities to Mad Max are too real.