Skip to content
Will Moffitt 3 years ago 5 min read 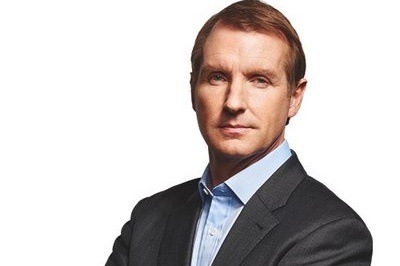 Henry Winter is the chief football writer at The Times and a five-time winner at the Sports Journalists’ Association awards. He loves the England national team with a passion and has covered every one of their games – from Wembley to Beijing, and from Chicago to Rio – over the past 22 years, as well as seven World Cups.

When you go to a World Cup are you primarily writing for England fans and focusing on them, or are you writing for a broader audience?

I think when you get a tournament like that half the people are going to read you because they want to know the football stuff and the minutiae of England’s latest meltdown, and the other half are what you call “tournament fans”, who are actually interested in the whole occasion, so you have to sort of juggle your mind-set. My favourite piece when I was a kid was by a guy at The Times called Jeffrey Green, who was their football correspondent. He liked a drink, liked a night out, and loved football. He wrote this piece when England were in Brazil and it was 1,100 words, 900 of which were on his journey from the airport to Maracanã in the taxi and just the pure madness of it; and it was great, because he was telling the story of life, of a country, of a city.

Who are your favourite sports writers at the moment and what do you think it is that makes them so brilliant?

The best writers in this country on sport – Martin Samuel, Ollie Holt, Matt Dickinson, Paul Haywood – have one great gift and that is [the ability to] write with passion and perspective, and that is the hardest thing to do. To be a total fan, right in the thick of it, ringside, totally caught up in the emotion, and yet at the same time be able to take one step back and go: “Well that was wrong there, that tactic was wrong, that preparation was wrong”, I just think that is the greatest gift.

Speaking of being in the thick of it – you’re going to be monitoring England fairly closely at this World Cup, aren’t you?

I will be man-marking [England manager] Gareth Southgate until England get knocked out. Then I’ll spread my wings and watch other teams. I’m obsessed with England. I find every cough and sputter about England, however meaningless, absolutely fascinating.

You’ve made reporting at the World Cup sound very fun, but as a journalist there is an unrelenting pressure to file on time and hit your deadlines. That must be hard at times?

Wifi helps a lot. The American World Cup in 1994 was a bit of a nightmare – because of the time difference you were really up against it. When I first started I’d be walking down a High Street asking people if I could borrow their phone. Nowadays, some people just file their match reports on their iPhones. I can go up the Amazon and I’ll be taking pictures and tweeting them and the wifi works. Your generation are just so lucky.

What about writing match reports? Do you have a particular method for writing them?

I normally write 800 words at 60 minutes and then maybe another 300 at 80 minutes. I’ll normally watch the first half-an-hour to see how the game settles in, but I’ll be touch-typing little incidents and then at half time (45 minutes), I can normally do about 600-700 words to get to the meat of it. Having followed Man United under the Ferguson regime, his team talks were often so strong that they would absolutely blow the other team away and that would change the game in the first ten minutes of the second half. I was at The Telegraph at the time and I said to them: “Do you mind if I file my first half take 10 or 15 minutes into the 2nd half on Man United matches?”

The last World Cup you covered was Brazil 2014, what was it like?

Brazil was just wonderful – if it had been 15 years later I’d probably just have walked off into the sunset on Copacabana beach. It was magical. I think probably only this country, possibly Italy, and maybe a few other Latin American countries have football so deep in their pores. In a way, it was the best of times, but the falsest of times in terms of appreciating a country, because everyone is obsessed with football so you walk down the street and there are Brazilian flags everywhere, everyone’s in Neymar shirts. But we didn’t stray too far off the beaten track, we [only] went to a few favelas to see football coaching clinics. We were pretty safe, so in way we got this sort of slightly idealised view of Brazil. But it’s like carnival. Whenever a sporting country has a World Cup on, they just let rip – it’s brilliant.

Which other World Cups stick in your memory?

The America World Cup in 1994 was interesting because part of the fascination was whether this slightly sceptical country would ever fall for soccer. Could football crack the final frontier of American scepticism? I remember being on a phone-in, in Chicago in 94, when the OJ Simpson trial had been going on and they invited me on to WCM Chicago. I talked about the beautiful game and Pelé and all that. And then they opened the phone lines, and the first call was John from midtown, there was this wonderful pause and he said: “Getting back to OJ…”

Moving on to Russia, is it a surprise that they were granted the World Cup?

It isn’t a surprise in that they are a proper football country – it’s not a Brazil, it’s not England, but they do love their football. Every country at World Cup should have an opportunity to host it. It’s a joke it’s going to Qatar. But we still have diplomatic links with Russia, and in a slightly naive purist way I still think sport can bring people together.”

How do you see the tournament panning out in Russia? What are difficulties posed by this World Cup?

It is an extraordinary place and there will be enormous focus on it. Putin will make sure everything runs smoothly. I’m sure there will be a drugs story. Someone will be caught because you know that FIFA (International Federation of Association Football) and WADA (The World Anti-Doping Agency) will throw all their resources at it. They’ll take all their samples to a safe lab in Switzerland and do the testing there. They’ll be a racism incident. They’ll be security issues. They’ll be a camera crew who get done for poking into the Kremlin. This is a country built on paranoia and suspicion, after all.

Finally, we couldn’t finish this interview without discussing England’s chances – can we win the World Cup?

[Laughs]. It would be nice if we could get to the semi-finals.