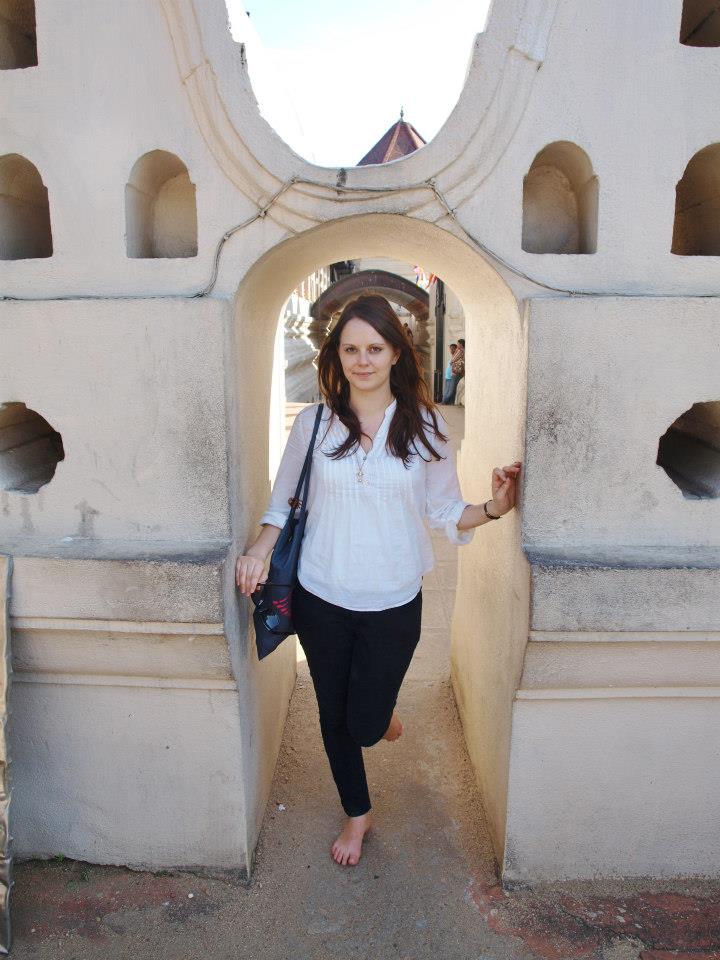 The associate editor of National Geographic Traveller UK on her time at City and the art of travel writing.

With the coronavirus situation, how are you handling travel pieces at NatGeoTraveller – given that the majority of the world is now threatened by the outbreak?

It’s a tricky one because the situation is changing all the time. Even between publication dates, things change. And while we are a travel magazine, we have to be responsible. So, as of now, we’ve put China pieces on hold. But it’s changing so much that we can’t plan for every eventuality.

We had a South Korea piece which did run but, like I said, that was in that gap between the publication dates. With newspapers and websites, it’s easier to remove such pieces quickly, but because we’re monthly and quarterly, it’s harder to get dynamic about it. Hopefully our readers understand that.

Did you always want to be a travel journalist?

Initially I felt it was out of reach for me – like the kind of thing you can’t really ‘choose’ to do, because so many people do it. Obviously, it seems like the dream job for most people and it’s hard to understand how to go about getting there. I wasn’t initially working in travel, but it was always something that I wanted to do.

What was your first job after City?

I did an internship at The Australian newspaper in Sydney, which was awarded to me by City during my time here. I was there for three months, and when I came back I started working on a technology trade magazine – a job that came at the right time. It wasn’t necessarily something I wanted to do as I started out. After a year and a half, I realised it wasn’t great for me. I was also freelancing with the news desk for Independent on Sunday, so I was basically doing six-day weeks. So, I quit that job and actually focused on trying to get into travel.

Where did you get your first travel job?

Funnily enough, at the company I work at now – APL media, which produces NatGeoTraveller, as well as a trade magazine called ABTA Magazine, but in between I left for a different job and then came back here again.

What is the best piece of advice you received when you started out as a journalist?

When I was interning in Australia, I had forgotten my notebook at my desk one day. Soon enough, I got a call from the editor, who wanted to know something – the details of which were in my notes. I had to go back. He told me then, “Always have your notebook with you,” and I think that’s pretty good advice.

And now I think – talk to people. Travel pieces get their colour  from quotes and from conversations. Unless you do that, you can’t find those little local tips that spark interest in the piece, and might end up sounding like you just regurgitated the guide book.

How do you hone travel writing?

It’s really hard. It’s just something that comes with practice. Apply the feedback you get to your writing. When you’re on a trip, just making notes of the little things that stand out to you that you think are not necessarily important.

I was writing a piece about Manchester and I talked to someone who described a local brand of Lemsip in a particular fashion, which I found quite funny. It’s not necessarily important but it’s just those little details that make it clear that you’ve spoken to that person.

I think a lot of people who are trying to get into travel make the mistake of telling not showing – saying things like, ‘the scenery is beautiful’, rather than describing it.

What was the last trip you had?

Just before Christmas, I was in California for a few assignments. I wrote about food in Santa Barbara, and also did a road trip by myself.

Any memorable experiences during your travels?

Experiences in nature are always memorable. While Britain is beautiful, we don’t really have dramatic scenery compared to other places. Rwanda and Mississippi, for example, have some really breath-taking landscapes.

I’m going to Antwerp in two weeks to write a food piece. After that, New York for a food piece again. And then I’m going on an actual holiday, to Utah, to visit the national park and go hiking. But as is with my ‘holidays’, I end up writing a story on them anyway.

If there is one, what is the worst part of your job?

As a freelancer, I really don’t enjoy pitching. But because I also commission, I can see it from both sides. It’s frustrating to come up with ideas that might not go anywhere. While you’re getting excited about your trip, the pitch may not work out the way you wanted.

What advice would you give to someone who’s pitching to you?

Ideally, familiarity with the magazine. That sounds very straightforward, but so many people don’t seem to know what we’re looking for. It’s tricky, especially with National Geographic Traveller Food, (the sister publication to National Geographic Traveller UK which Trup deputy edits) because it’s neither a straight food magazine, nor a straight travel magazine. Every feature is a combination of both. It’s like seeing food through the lens of travel, or vice versa. Which is tricky for people to pitch.

The other thing is keeping pitches concise. I’d say a paragraph max, and also not too many ideas in one email, so probably three pitches at the most. And don’t chase up too soon, because we don’t have time to necessarily consider them. We have people who will chase up two days later, which is just too soon.