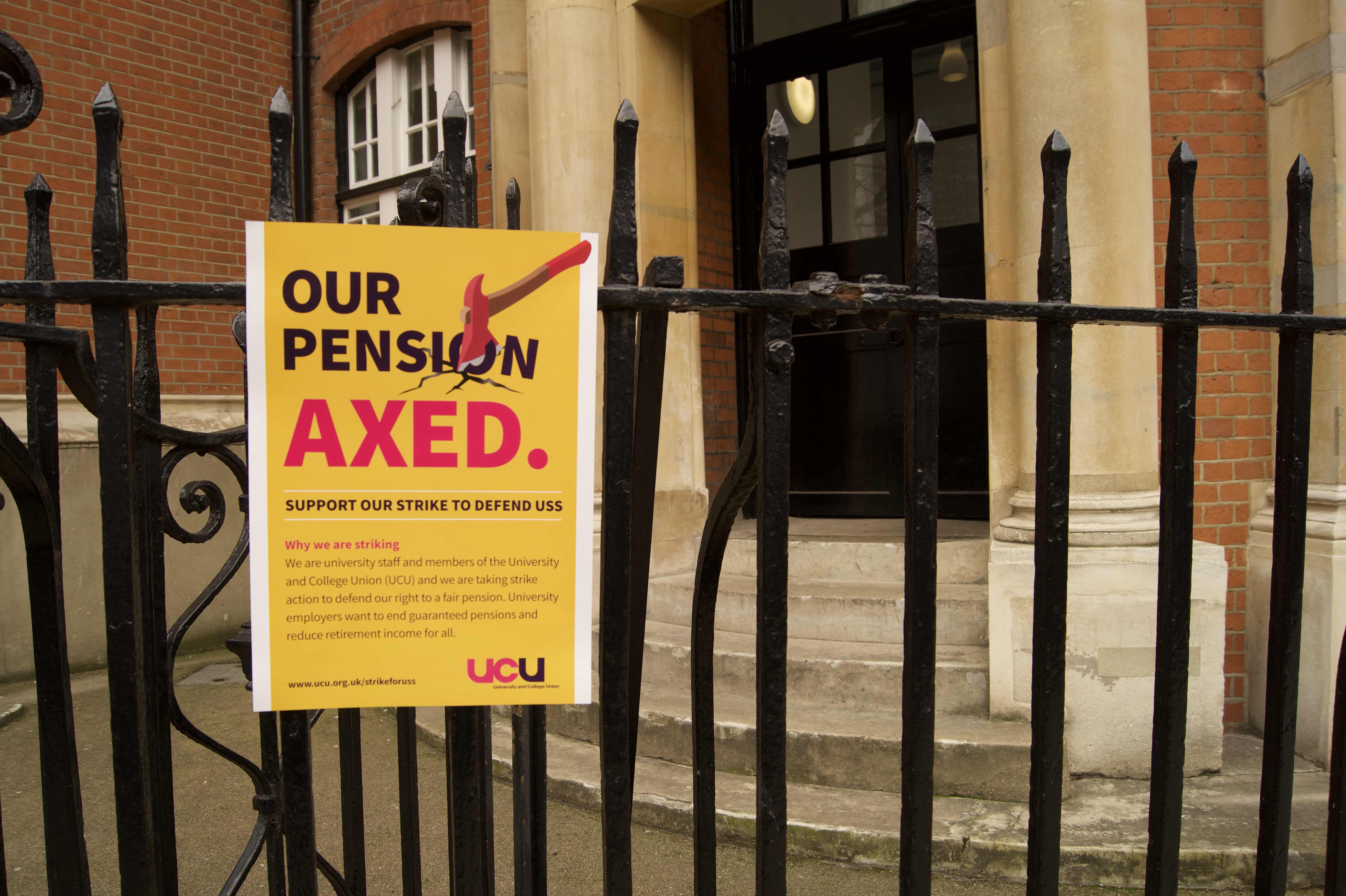 Pickets were set up outside entrances to the university.

Journalism lecturers at City are continuing to strike for the next fortnight in protest against proposed cuts to their pensions.

The 14-day walkout, which started last Thursday and runs for four weeks until 16 March, is part of the nationwide University and College Union (UCU) strike.

Lectures and workshops by core teaching staff have been cancelled, and pickets have taken place at the entrance to buildings. Since Thursday, MA Magazine Journalism students have missed at least five scheduled teaching hours.

On Tuesday, Universities UK, which represents the universities, finally agreed to UCU’s request to go the conciliation service ACAS to discuss the proposed pension cuts. The union has called on members to maintain the strike until an agreement is reached.

Rachel Connolly, 24, MA Financial Journalism, said: “The university has handled it quite badly, we received emails from Paul Curran [the university president] saying he expected a small turnout, which was a bit dishonest since City had a really high vote in favour of strike.

“I think the lecturers are totally right to strike and it seems absolutely mad that fees keep rising, while funding for basic services the university is supposed to provide like teaching seems to keep getting cut.”

More than 4,000 City students, many on journalism MA courses, have signed a petition calling on the university to reimburse £1,260 in tuition fees for lost teaching hours on strike days.

Union members are striking over plans by Universities UK to end the defined benefit element of the Universities Superannuation Scheme (USS) pension scheme. UCU says this would leave a typical lecturer almost £10,000 a year worse off in retirement than under the current set-up.

According to UCU’s general secretary, Sally Hunt, the strikes were announced to give universities time to come back to the negotiation table. She said: “They have refused to do so and want to impose their reforms on staff. Unsurprisingly staff are angry and significant disruption on campuses across the UK now looks inevitable.”

Turnout among City lecturers was 64%, 6% higher than the national average. Of those, 87% voted in favour of walking out.

Ms Hunt added: “The key is how universities react to the action this week. We will be meeting on 2 March to consider what wave two of the action may need to involve and nothing is off the table. We doubt any universities want a prolonged dispute that carries on towards exam season and urge vice-chancellors to put pressure on Universities UK to get back round the table with us.”

A representative of City, University of London said: “This is a very difficult issue for any employer because nobody wants to see a reduction in employee pension benefits, and we respect the right of UCU members to protest over scheme reform.

“We have been working hard to put contingencies in place to minimise any impact on students’ education and university experience.

“All of our students have received communications from the President and from their respective Schools with practical information and details of who they can contact for advice.”

Lecturers at 64 universities across the country are taking industrial action and over a million students will be affected, according to the UCU.