In his first year in office, Trump tweeted the term “fake news” 152 times. It was named Collins Dictionary’s Word of the Year 2017, and has dominated international conversation.

In line with the unprecedented increase in the popularity of fake news, a huge MIT study of over 126,000 tweets, published in Science magazine this month, found that misinformation is 70% more likely to be retweeted than truthful stories, especially in political news.

Use of the term “fake news” saw a 365% surge from 2016 to 2017. Interest spiked in January, when Trump announced the winners of his self-penned “Highly Anticipated Fake News Awards”, a shortlist of untrue stories written about him in 2017. Staying on trend with his own listicle awards format, here are some of XCity Plus’ favourite fake news blunders from the president in 2018 so far.

“I authorized Zero access to White House (actually turned him down many times) for author of phony book! I never spoke to him for book.” (5 January 2018)

White House press secretary Sarah Huckabee Sanders called Michael Wolff’s Fire and Fury: Inside the Trump White House “a book full of lies” but it was Trump’s reaction that apparently bent the truth.

Sceptical analysts have dissected the sensational book, detailing the inner workings of a frantic and unorganised White House, since its January release. What we can be sure of, though, is that Wolff was given access to 1600 Pennsylvania Avenue, with Huckabee Sanders confirming he had access to White House officials on more than a dozen occasions, and Trump himself talking to him on the phone at least once.

“We enacted the biggest tax cuts and reforms in American history.” (30 January 2018)

Trump touted this untruth at his State of the Union address, ignoring the fact that commentators have largely disputed this statement on the numerous times he previously mentioned it.

According to Politifact.com, based on percentage of gross domestic product, Trump’s 2017 tax cuts fall seventh in American history. Sad!

“We need the Wall to help stop the massive inflow of drugs from Mexico, now rated the number one most dangerous country in the world.” (18 January 2018)

Trump continued his immigration agenda on “the Wall” by targeting Mexico’s danger rating. Yet again, he was off the mark. Although Mexico was the deadliest country outside a warzone for journalists in 2017, with six killed, it is difficult to work out what rating system the President was referring to when calling Mexico the most dangerous country in the world.

“Un-American. Somebody said, ‘treasonous.’ I mean, yeah, I guess, why not? Can we call that treason? Why not? I mean, they certainly didn’t seem to love our country very much.” (5 February 2018)

Trump called the Democrats’ lack of enthusiasm at his State of the Union speech “treason” on 5th February in Ohio. The US constitution, however, has a slightly different definition of the term: “Treason against the United States, shall consist only in levying War against them, or in adhering to their Enemies, giving them Aid and Comfort.” I don’t think failing to clap falls under that.

“45.6 million people watched, the highest number in history. @FoxNews beat every other Network, for the first time ever, with 11.7 million people tuning in. Delivered from the heart!” (1 February 2018)

Exaggerating audience figures isn’t new for Trump – who could forget his inauguration crowd debacle? But why let a fact get in the way? His viewer ratings for his State of the Union address were not even close to being top of the rankings – in fact, according to Nielson’s records which began in 1993, he ranks only sixth, with George Bush’s 2003 address taking the top spot with 62m viewers.

A Trumpian classic, flat out denying words he has said on numerous occasions. He has called the accusations “the Russia hoax” and even said, “this Russia thing with Trump” and “Russia is a made-up story” in an interview with NBC’s Lester Holt in May 2017.

“The ice caps were going to melt, they were going to be gone by now, but now they’re setting records, so okay, they’re at a record level.” (26 January 2018)

Trump’s blathering about “there is a cooling and there is a heating”, in his ITV interview with Piers Morgan, no doubt had scientists face-palming. Contrary to the President’s claim that the ice caps are “setting records” – if you haven’t noticed, he’s a fan of record-breaking fanciful statistics – NASA’s 2017 report said that polar ice caps have sunk to record lows.

For a man obsessed with winning, inflating figures (in terms of crowds, viewers, and votes) is a favourite pastime. Depending on what you infer from his vague musing that he was at “around 50%”, this occasion was no different. His most recent Rasmussen approval rating at the time of his tweet was in fact at 44% – exactly the same as Obama on the same day in his first term, and far from 50%. 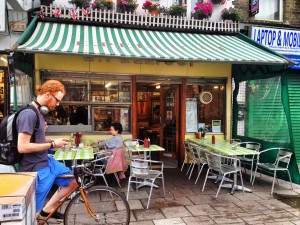 Interview etiquette: Where to take each type of source 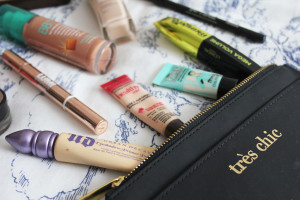 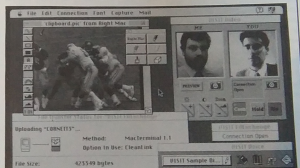 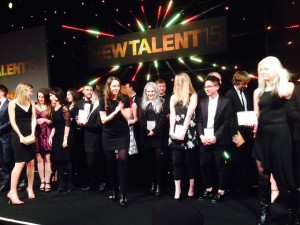 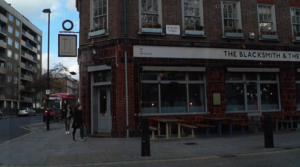 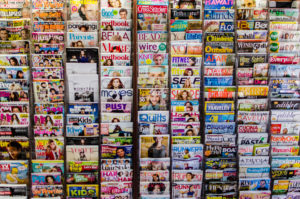