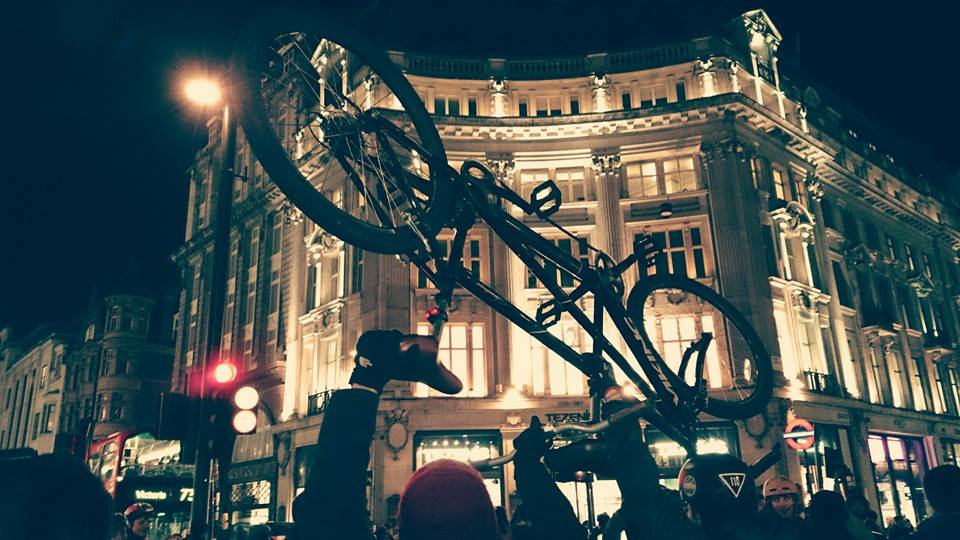 Once a month cyclists, skateboarders and scooter users come together for Critical Mass, a protest group aiming to reclaim the streets of London for self-propelled transport.

The Mass has no set route and no set leader, it simply follows the route of whoever happens to be at the front at that time.

Equipped with speaker systems and alcohol, the 2,000 strong band revel in disrupting traffic and attracting the ire of taxi drivers. As it snakes through the city, the mass is cheered and derided in equal measure.

As part of our XCity Life feature on activism we went to experience what it is like inside a Critical Mass ride.

Check out our feature on underground activism featuring the Critical Mass in XCity Life magazine.