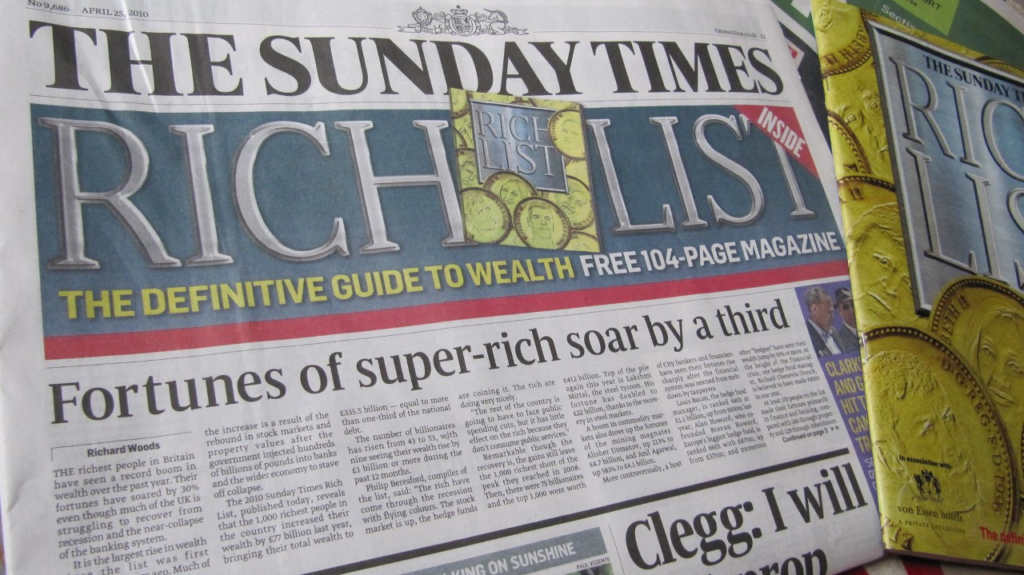 Creator of the magazine’s ‘What She Said’ column and author of five books on her path to success and seizing opportunities.

When Fleur Britten was six years old, her grandma wrote in her diary that she believed her granddaughter would be a writer one day. Fast forward 39 years, and Britten is the commissioning editor at The Sunday Times Style, the creator of the magazine’s ‘What She Said’ column, and an author of five books. A mother of two, Britten does not have much time for coffee breaks, so she has invited me to her house in the heart of Clerkenwell for a quick chat at nine o’clock on a Monday evening.

The author of (among other books) A Hedonist’s Guide to Life opens the door and I’m greeted by her two cats who nuzzle my legs as I enter. On the second floor, crayons, children’s books, and notepads are scattered on the table. It seems that these days, with two small children, hedonism is far from her daily life.

I begin by asking her how she got to where she is in her career (a somewhat selfish question – the answer to which I am ready to absorb and read as my rulebook). “Well, it was a combination of quite a lot of luck, really hard work, and opportunity-spotting,” she says. She apologises repeatedly for checking that the kids are asleep while we chat.

Britten’s big break was at The Sunday Telegraph. “I did work experience at The Sunday Telegraph magazine, which is now Stella, and I noticed that the fashion editor was really drowning in admin. Her piles of post were metres-high and she just never had time to open them, so I felt like it was quite an easy gift for me.”

Britten wasn’t always as lucky though. She remembers a time when she finished her work experience at Vogue and they kept her “hanging for a few weeks as a temporary space-filler”. Nonetheless, Britten is grateful for having done it because having the name Vogue on her CV paved the way for her next job at Stella. Britten says that “unless you are really lucky or exceptional”, you do not get a job from your first internship. 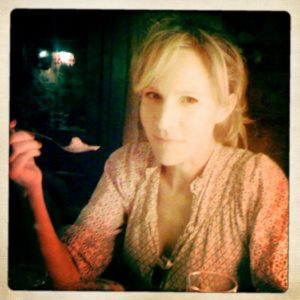 The most useful mistake she made happened when she was working at the The Telegraph Magazine, where she got invited to a press show. On a whim, she interviewed a designer. No one had instructed her to do it but she wanted to demonstrate to her boss that she was committed and ambitious. Although the Telegraph didn’t publish it, the experience was part of a learning curve. “It probably wasn’t a particularly good piece, and technically it was a failure, but from that failure, I got feedback that helped me understand how to do it better next time.”

Britten started work on The Sunday Times Style 15 years ago as maternity leave cover, which eventually became a permanent job.  “There is less pressure to start a job when you start doing maternity cover because you are kind of cutting the slack for other people rather than having any huge expectations on you,” she says. “I worked really hard, I made the most of that opportunity, and didn’t allow anyone to say that I didn’t deserve to have that maternity cover.”

The best piece of advice she ever received was from a woman she interviewed for the ‘What She Said’ column who challenged readers, asking: “Why aren’t you asking for the stuff you deserve?” She explains to me that all these women have got to where they are by recognising their self-worth and asking for what their work merits.

“We all have to remember our worth and you know when you ask this question, you then have choices,” Fleur explains. “You can either say ‘okay, I accept that you’ve said no’, or ‘no, I don’t accept that you say no.’ And that has actually sent ripples of empowerment in The Sunday Times office.”

Fleur Britten’s grandma was right, she is indeed a writer. What she didn’t predict, however, is how Britten’s route to getting there would inspire so many young writers too.

Want more? Check out some of XCityPlus latest content here.