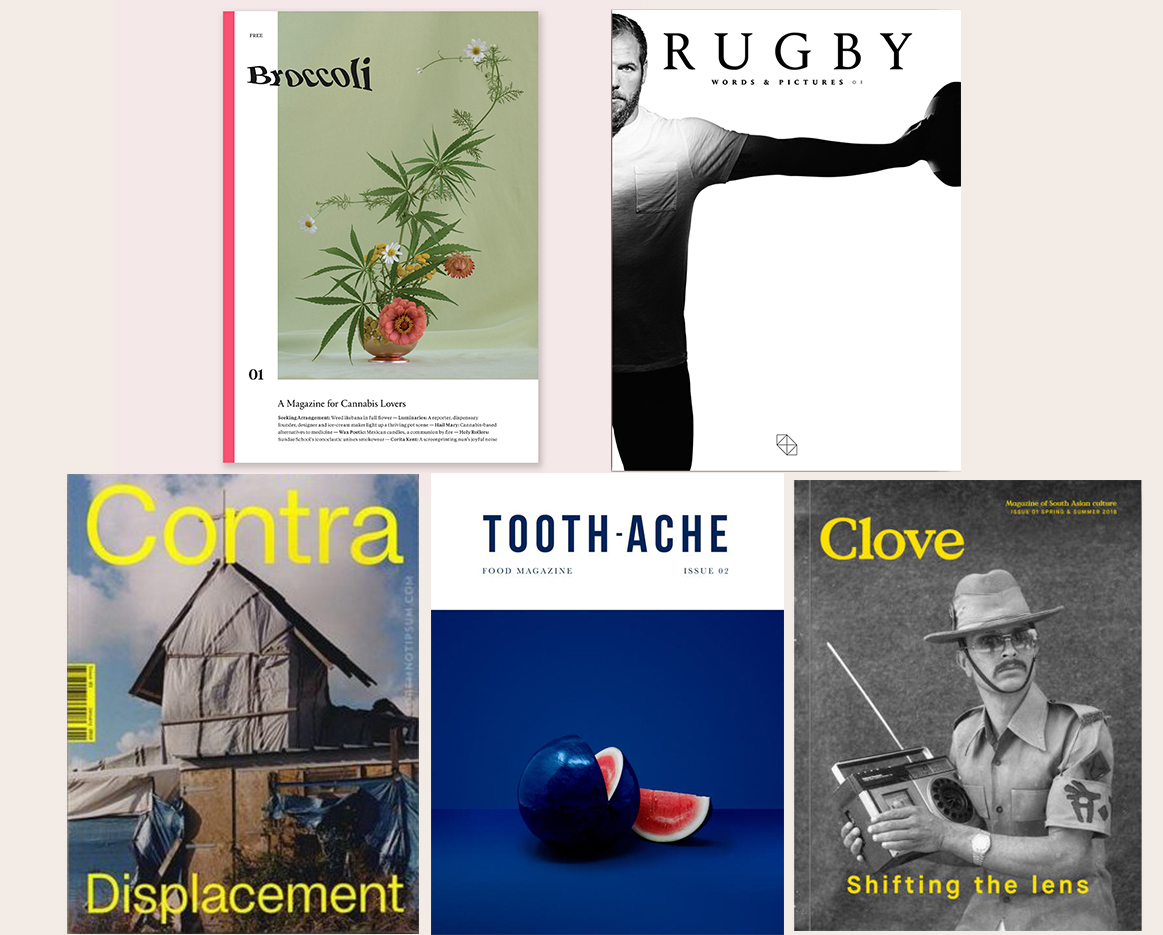 Stack, a subscription service that delivers a new indie mag each month, saw a 32% increase in its turnover last year.

Jeremy Leslie, owner of magCulture in Clerkenwell, north London, says he receives a dozen new magazines to his shop every week, where they stock over 400 titles from all over the world. “Print is something of a luxury or a treat,” he says, “once upon a time it was the only way to get hold of your news in the morning, but that kind of urgent and essential role has disappeared.”

Liberated by creative freedom and born out of passion, these magazines cater to every hyper-niche subject – from redheads, to women shooting analogue photography, to rethinking current affairs.

With so many on offer, XCity Plus has selected five new independent magazines that have caught our eye, and spoken to their founders about the inspiration behind their creations.

Rugby Journal is the brainchild of Alex Mead and Simon Campbell, alongside working full-time at their content marketing agency, Eric. The magazine is all about long form content – their shortest features start at 2000 words – and their photographers are mostly fashion and reportage, rather than sports photographers, making the pages visually stunning.

Mead says: “I wrote 80% of the first issue, close to 30,000 words, in four weeks. We were working on the magazine alongside our own client work as well.”

For Mead, the best thing about managing his own magazine is the freedom of being able to give stories the space they deserve. The worst thing, he says, is “the extreme pain of RSI (Repetitive strain injury) going all the way up my bloody arm after having written most of the bloody thing”.

Issue two will be available to buy at the end of March: Rugby Journal

Broccoli is a magazine created by, and for, women who love to smoke weed. This magazine goes against the biggest convention of all: it’s free. It is supported mostly by brand partnerships with cannabis companies, as well as fashion, retail, and design businesses.

Anja Charbonneau left her job as creative director of Kinfolk, an independent lifestyle magazine,  to set up Broccoli, with a team of six editors, advertisers and graphic designers, who wanted to bring something “beautiful and forward-thinking into the weed world”.

Charbonneau explains: “There is so much room to play with ideas around cannabis. When you work for another brand or title, there are pre-determined rules about what works and what doesn’t.” The flip side, she says, is too many spreadsheets.

Broccoli’s second issue will profile compelling women in the cannabis industry, including one of Bob Marley’s granddaughters. It includes weed and cat collages, stories about Japanese Love Hotels, and a roundup of albums from the 1970s to play to your plants. Pre-order the next issue here: Broccoli

Tooth-ache is a collection of stories and recipes from chefs around the world. Nick Muncy commissions, edits, designs, and sells the entire thing.

He started it last year with no background in journalism or magazines, during a period of time off from working as a pastry chef in San Francisco. By the time Muncy realised how tough creating a magazine was, it was too late to quit. “The magazine was something I was a little naïve about. I thought it would be quick and easy,” he recalls.

Even though it is geared towards professional chefs, the magazine is still popular with those less able in the kitchen because of its striking photographs and fascinating interviews.

Muncy has just begun work on issue three, which is due to be finished this June: Tooth-ache

Contra Journal was born out of a conversation about conflict in 2015, between co-founders Ben Bohn-Duchen and George Brodie, after the pair discovered that they both studied and wrote on the subject in university.

Their first issue is titled “Displacement”, and explores visual representations of migration. Bohn-Duchen explains: “We wanted to create a publication exploring it, that was accessible to a wider demographic, outside the world of academia.”

It took their team of six two years, alongside full-time jobs, to complete the first edition of the magazine. Bohn-Duchen says: “There are so many different time-consuming elements that go into the creation of a magazine, working on these on top of a full-time job is challenging.”

Issue two will be out in January 2019. Meanwhile, they release exclusive content on the website: Contra Journal 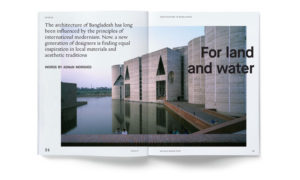 Clove is a biannual publication all about south Asian culture. Its features explore music, art, food, and architecture, laid out among striking photography.

Debika Ray started Clove while working at Icon Magazine as senior editor, and says it took around two years from start to finish with the help of an art director, graphic designer and freelance journalists.

While trying to fund the magazine with no finished product was a struggle, she says seeing her “final vision fulfilled” was worth the hard work.

Issue two is likely to be complete in September this year: Clove Magazine